Art is more than a grade for WBU seniors 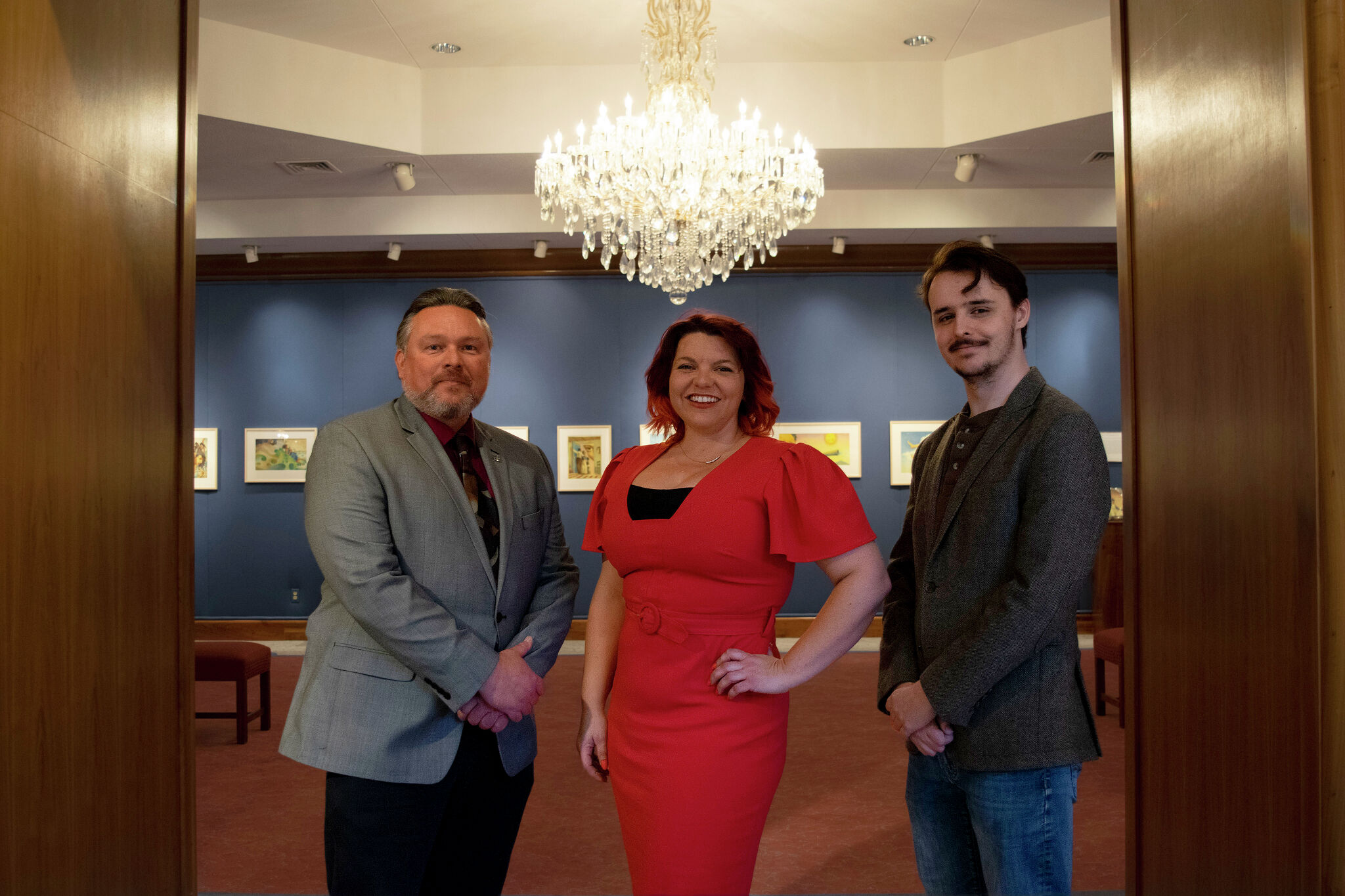 For Madeline Alison, Bill Bridgewater and Evan Puckett, the 2022 student art show at Wayland Baptist University is about more than a grade. It’s about passion and meaning that they find and hope to share in their artwork.

The show will open on April 14 in the Malouf Abraham Family Art Center in the basement level of the library. A reception will be held for the artists at 7 p.m. on April 22 in the library atrium.

For Alison, her “Starting Over” show is a cathartic experience, showing that everyone has the chance to pull themselves up from the stranglehold of addiction.

“For me, joining the art department at Wayland was a big part of restarting my life because I struggled with heroin addiction,” Alison said. “When I came here, I was about a year sober.”

Alison originally enrolled in art classes as a non-degree seeking student. A year after starting, a close friend passed away after a battle with cancer. Alison said the art department at Wayland was a shining light through the dark cloud that hung over her.

“I don’t feel like I would have made it through if I was not in school here,” she said. “A lot of it had to do with having structure in my life. It has meant a lot to be around people I felt like I belonged with.”

Through the support of her family and art professor Dr. Candace Keller, Alison dove into school to pursue a degree in art. Her focus is primarily graphic design, but she will also have sculpture, drawing, photography and painting on display. She said while graphic design is a little more commercial in nature, she can really expand her art within the other mediums.

“I want people to take from my artwork the idea that it is never too late to start over, and you are never too far gone,” Alison said. “You shouldn’t look at someone from their past and just assume that their past is who they are, because it’s not.”

In contrast to Alison’s past battle with addiction to illegal substances, Bill Bridgewater is drawing inspiration from his 18 years in law enforcement as he completes his degree in three-dimensional art. Bridgewater’s work is mostly ceramics, cast iron and jewelry, and several of his pieces are related to law enforcement. His favorite piece is called “Six” and addresses mental health issues for peace officers. He also has several badges and other pieces that focus on law enforcement. For Bridgewater, the art is a way to expand on his favorite pastime.

“I’ve always been interested in artwork,” he said. “I took ceramics in high school, and I’ve loved it since then. It’s been a hobby of mine.”

Bridgewater started taking ceramics classes as electives while working on a criminal justice administration degree. When he completed the criminal justice degree, he realized that he was close to having enough hours for an art degree as well.

“I decided to go on and get an art degree. That is what I’m finishing up now,” Bridgewater said. “In addition to ceramics, I got into painting and drawing and metal casting.”

Bridgewater attended an iron casting class at Mesalands Community College in New Mexico with Wayland’s then three-dimensional art instructor Mark Hilliard. He loved the experience and was instrumental in constructing Mordor, a metal casting kiln that will be on display as part of his show.

Evan Puckett rounds out the senior participants in this year’s show. Puckett has already seen some success with his graphic design artwork as three of his pieces were selected for an international art show in Sofia, Bulgaria.

Puckett focuses on the humorous and unusual in his artwork.

“My show is titled ‘Characters and Concepts’ because a lot of the stuff I like to do is create fictional characters for fictional worlds,” Puckett said. “My show will range from semi-serious to comedic and from horror to just weird.”