The Atlanta Opera has opened their Discoveries Series with a lavish production of iconic Broadway musical CABARET, kicking off their “Come as You Are Festival,” and running through June 19.

The main draw of CABARET is the set, or more broadly, the atmosphere. Housed in the historic warehouse-turned multipurpose artistic venue Pullman Yards (known previously as home to the Van Gogh Experience), the Atlanta Opera takes full advantage of creating their set, stage, and even audience space from scratch. As I would hope one might do for a CABARET production from scratch, they turn part of the audience into a cabaret-like venue, with lamp-lit tables and chairs.

With scenic design by Alexander Dodge (Broadway’s ANASTASIA, A GENTLEMAN’S GUIDE TO LOVE AND MURDER), the stage is T-shaped, with a long runway between two sections of the immersive cabaret seating. In front of the stage are regular rows for the rest of the audience. This semi-immersive experience reminisces the Sam Mendes-directed West End revival, which transferred to Broadway under Rob Marshall, and upon which this Atlanta Opera performance is based.

A larger-than-life, sinister cartoonish face provides the main set piece, gape-mouthed to serve as an archway for Kit Kat Klub entrances. It sets the tone of mesmerizing depravity that so defines CABARET quite effectively. I must say that design-wise, this is the way to see CABARET.

Living up to the brilliant set is the brilliant music. John Kander and Fred Ebb’s score is packed with some of musical theatre’s best hits, and the Atlanta Opera Company performs them with excellence and style. Conducted by Francesco Milioto, the “orchestra” certainly is beautiful-sounding.

Off-setting the exciting immersive component and rounding out the scenic design, however, are screens on both sides of the upstage section of the stage. From where I was sitting in the “Kit Kat Klub” section, the screens mostly distracted from the action, with large images/dramatizations related to the characters displayed throughout many scenes.

While extremely high-quality, the projections ultimately feel like a patronizing attempt to keep the attention of an audience the designers believe can’t be entertained by live theatre alone. At first, I wondered if there was an artistic decision made to include it only as part of the spectacle of the Kit Kat Klub in the “show within a show” moments, but that didn’t seem to fit, as the screen content appeared throughout the performance.

The cast comprises a combination of both opera and musical theatre performers, with familiar Atlanta faces as well as out-of-town newcomers. I initially felt apprehensive that the musical theatre sound and distinctive opera sound might clash, but they meld together almost seamlessly.

As the Emcee, Curt Olds does the heavy lifting vocally, singing almost every moment he is on stage. With a honeyed voice, he makes the heavy lifting sound easy as he consummately carries it. His “If You Could See Her” is playful and chilling, with a perfectly shocking delivery of the last line. At many moments, it is hard to focus solely on his expert singing and dancing as he uses an inconsistent accent – sometimes German, sometimes British – detracting from his performance.

The most surprising performance comes from Atlanta native-turned Broadway performer-turned Atlanta performer Billy Tighe as Cliff. I typically find Cliff forgettable, dragged along to witness the story’s most interesting action. But in Tighe’s adept hands, he comes to life as an active player. Tighe expertly crafts a driven Cliff, intrigued by the sin and seduction of the Kit Kat Klub. Though brief, the moments he sang made me wish there were many more chances for him to demonstrate his marvelous voice. His choices to share his performance with all three sides of the audience make him a stand-out above the majority of the cast, and with his thoughtful portrayal, his character change in the end adds a satisfying punctuation to his story. I didn’t imagine I could enjoy a Cliff so much.

Vocally, Aja Goes has the chops for Sally Bowles, but oscillates from very quiet to very loud, with little sense of purpose. Her accent is distractingly inconsistent, meandering from American to British. She proves a mostly sincere and wounded Sally, sharply contrasting the flighty dialogue and references to how shallow she is. In demeanor, Goes lacks charisma, coming and going passively on the outskirts of the story.

Deborah Bowman frankly seems overqualified to be Fraulein Kost/Fritzie, and her every moment is perfection. Much like with Tighe, I wished her brief solo would go on for much longer. A personal favorite moment of mine was when she was walking through the audience as part of a Kit Kat Klub performance, and fully in-character, she kicked a balloon that was in her path, with relish.

Nick Morrett had joined the cast as Ernst Ludwig/Max just two days before opening night, and his performance exemplifies how professional “the show must go on” can look. As Bobby, familiar Atlanta ensemble member Peyton McDaniel Davis not only looks strikingly fitting for his German role, but he also delivers a coy, alluring performance.

Joyce Campana is a dynamic Fraulein Schneider, with spunk and gravitas without self-awareness of Germany’s fate in the ’40s. Her “What Would You Do?” is quite stirring. Complementary to her, Anthony Laciura’s Herr Schultz embodies the sweet, innocent fruit shop owner. A Willy Loman-esque walk with suitcase in hand towards the end is heartbreaking.

Ricardo Aponte’s Kit Kat Klub choreography looks familiar as the bawdy, flashy movement to accompany similar attire. It has the grinding, seduction, and sexuality, but not storytelling. The main exception to this is “Two Ladies,” set as a whimsical (and surprisingly cleaner) boating excursion. A few iconic Fosse movements appear in “Mein Herr,” albeit without chairs. From where I was sitting, much of the impact of the dancing was lost as it was performed almost exclusively facing downstage to only one third of the audience, mostly leaving out the immersive “Kit Kat Klub” audience members.

Aspects of the commentary provided by the Kit Kat Klub songs seem to switch directions in confusing turns. The Emcee initially seems to represent the allure of the apparent harmlessness that allows the rise of the Nazi Party. But his demeanor takes a turn after “If You Could See Her,” seeming entirely sympathetic to the Jewish people through to the end of the show. I spent the last scene distracted from the depiction of people being sent to a concentration camp, wondering why the Emcee would be one of them. (This is probably something I should take up with Sam Mendes, as it is a component I have seen to varying degrees in other productions.)

Under the direction of visionary Tomer Zvulun who has already proved his ingenuity with last year’s “Big Tent” series, CABARET shows the exciting, outside-the-box potential for the performing arts in Atlanta. For fans of the Mendes revival, the music and scenic design alone are worth the price of admission. If these musical theatre/opera hybrids mean this kind of specificity in spectacle, I hope these collaborations will continue.

The Atlanta Opera presents CABARET on June 2, 3, 5, 10, 12 (matinee), 16, 17, and 19 (matinee) and will present AS ONE on June 9 and 11 (matinee). The Cabaret Evening with Jay Hunter Morris is at 2pm on Saturday, June 18th. Tickets for CABARET and AS ONE start at $20 for standing-room only tickets and range to $250 for premium cabaret tables in the Kit Kat Club itself. Visit https://www.atlantaopera.org/performance/cabaret/ for more information and to purchase tickets.

Please note: CABARET might be part of the classic musical theatre canon, but it’s not rated G. Please exercise caution before bringing children. 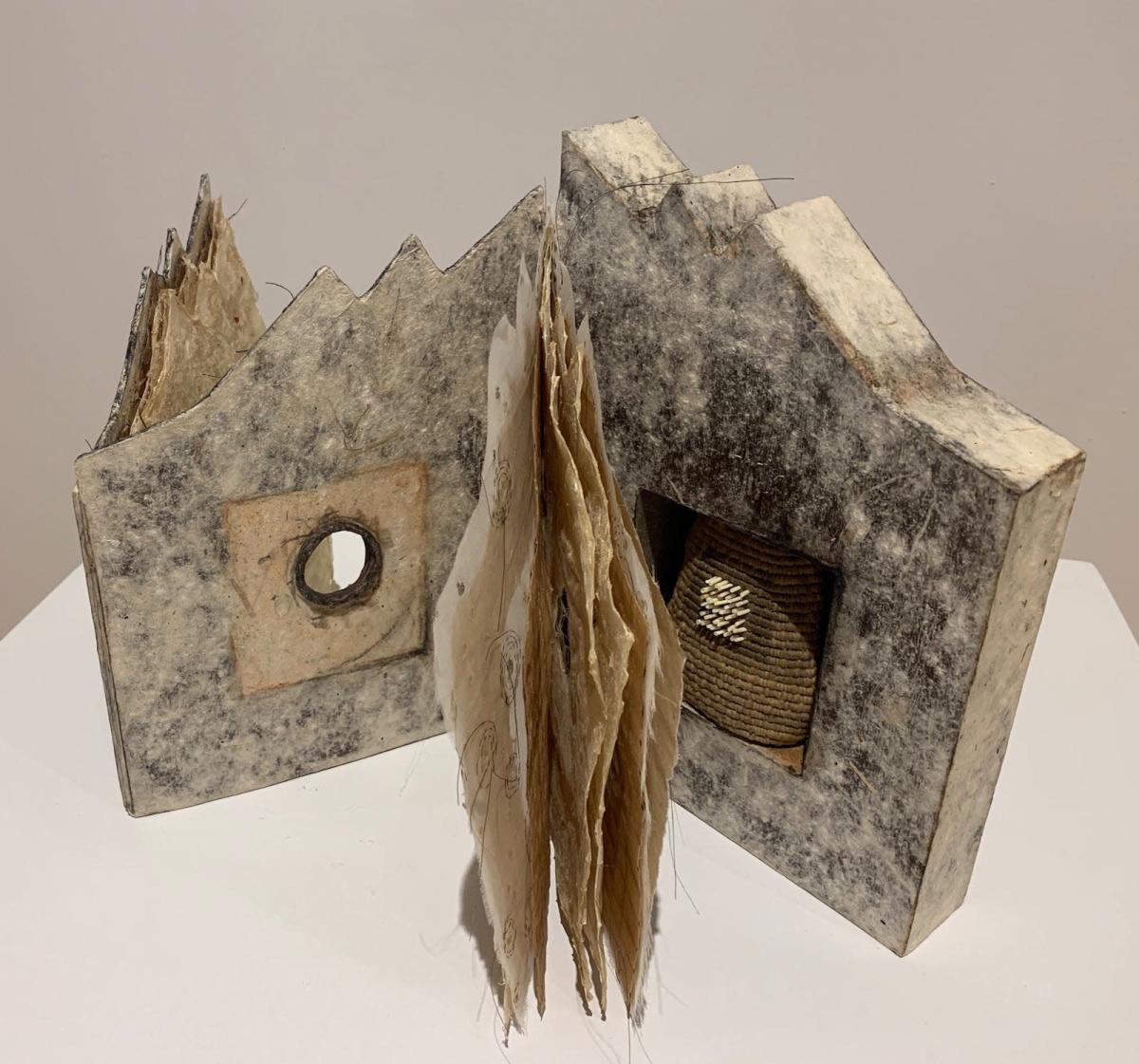