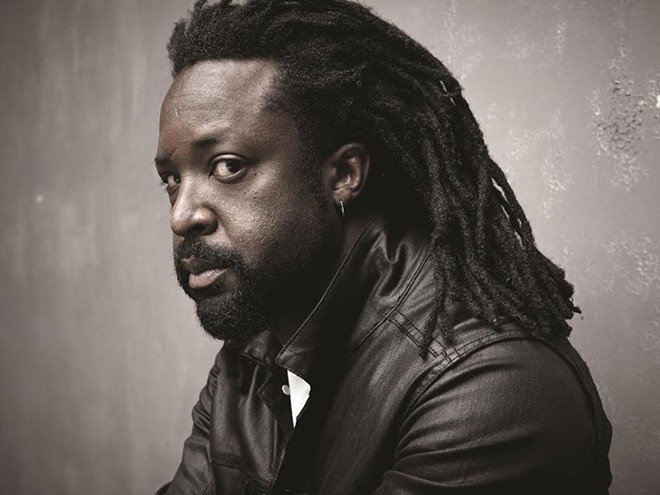 Marlon James, author of the New York Times best-seller Black Leopard, Red Wolf and the Man Booker Prize-winning A Brief History of Seven Killings, is appearing in Spokane Wednesday for a couple of presentations at Spokane Community College.

His morning session is for students and faculty, but at 5 pm the public can join the discussion via YouTube at the SCC website: scc.spokane.edu/live. It’s an hourlong conversation, and there will be a moderator.

The Jamaica-born author typically addresses issues prevalent in his books, including race and gender as well as Caribbean history, and he also will likely get into his writing process. Black Leopard, Red Wolf is the first book in a planned fantasy series, while A Brief History of Seven Killings explores Jamaican history and politics. Recently, he began co-hosting a podcast with editor Jake Morrissey called Marlon and Jake Read Dead People, in which they discuss the works of dead writers.

5 Art Books to Read in April