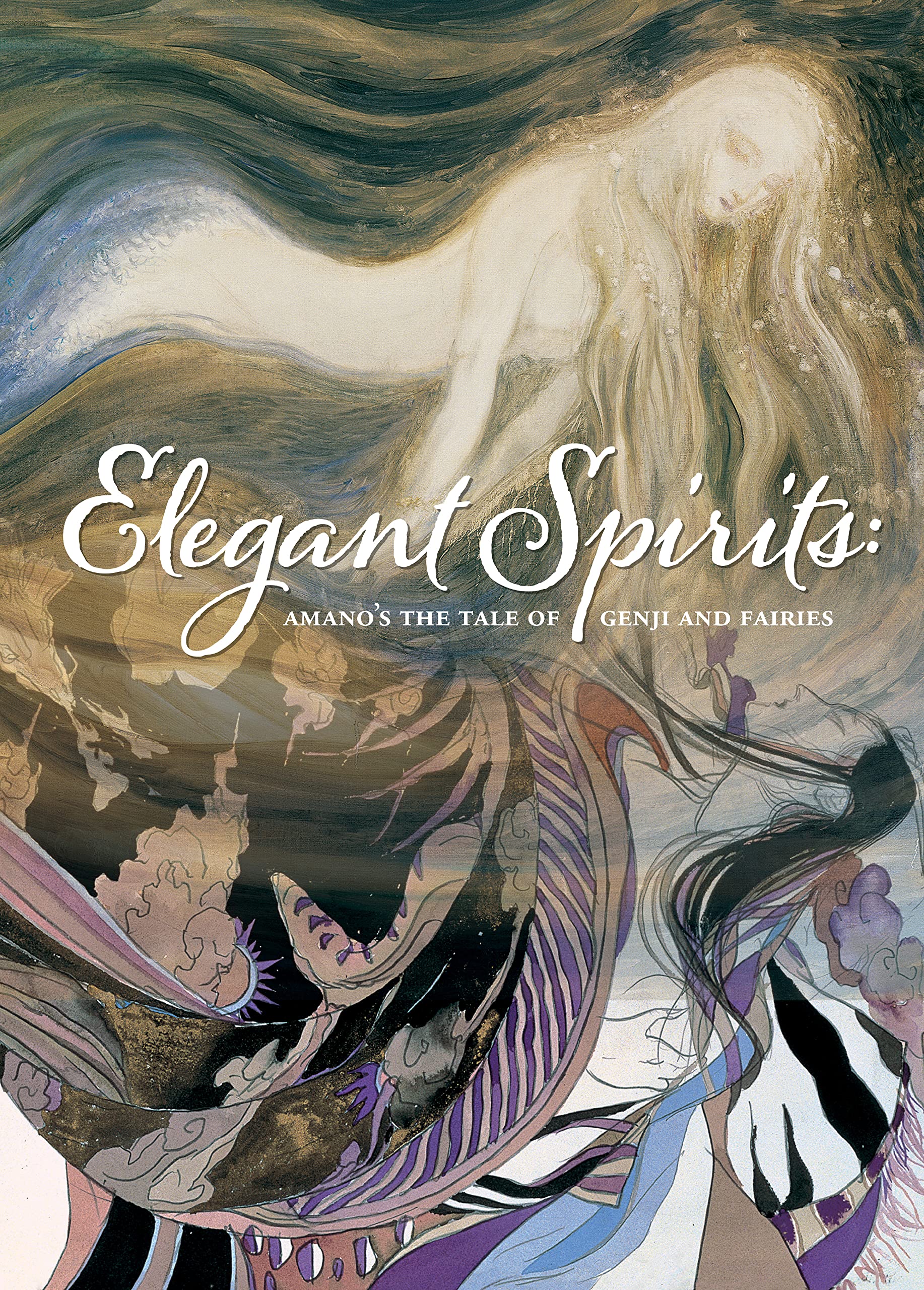 Bulk of the book covers The Tale of Genji. The story follows the romantic life of the son of an ancient Japanese emperor, Hikaru Genji and his many relationships and lovers. You can think of this book as a picture book with art that accompanies the story.

The last few pages are on Amano’s take on the world of fairies, goblins and other creatures of the fantasy world. The art reminds me of Final Fantasy characters and creatures. The text are short stories for the creatures.

This is a difficult artbook to review. You’ll either like the style of the art or you won’t like it. Based on what I’ve written, you may have guessed that I’m not sure about whether I like this book or not. This is definitely a book you should flip through first before you decide whether it’s for you.

The links below are affiliate links, which means I earn some commission from each purchase, but at no extra cost to you.