My first job in the art world was working for Ira Spanierman, who used to run an advertisement with a large headline proclaiming, “We Will Pay Over One Million Dollars for Highly Important Paintings by . . .” followed by a laundry list of famous American artists.  We got calls almost every day, most of them for things we were not interested in.  I have forgotten all of those calls except for one, a transcript of which would go something like this:

Me: Do you have a painting that you wish to sell?

Me (thinking “Oh, boy.”): A painting by Rembrandt.  What’s the subject?

Caller:  And it’s got another painting on the back.

Me (protesting):  But, sir, you know that Monet lived two hundred years after Rembrandt.  That’s impossible!

Caller:  No, no, no.  You see, the Louvre asked him to reline the Rembrandt, so he lined it onto one of his own canvases!

This would normally be the point where I would say, “Sorry, but I don’t think it’s going to be for us.”  In this case, however, I asked the caller to send me photos of both sides of his artwork.  I really wanted to see this masterpiece.  The caller promised to do so, but I never heard from him again.

I’ve always imagined that, right as my caller hung up, the Matron entered the office and said, “Mr. Johnson, what are you doing in here?  You know you’re not allowed to make phone calls without the Doctor’s permission.  Remember what happened last time?  Come along now, it’s time for your afternoon pills.”

My caller aside, however, double-sided paintings are not that rare.  Artists with limited funds often use both sides of a support.  In the most common case, an artist working outdoors will use both sides of a panel to make quick sketches, but larger works are not unknown.  I remember an Ernest Lawson oil on canvas I once handled that had a highly-finished evening scene of Manhattan’s High Bridge on one side and an equally finished view of a Spanish town on the other.  There are even double-sided works by different artists.  William and Marguerite Zorach, in the early days of their marriage, when money was tight and Bill had not yet shifted his energies to sculpture, sometimes shared a piece of canvas, each spouse taking a side.

Double-sided works present a challenge for an appraiser.  How much value does an additional painting add to the work?  If the reverse side is simply a rough oil sketch in which the artist is working out the composition and color scheme for a larger painting to be done later, the “extra” painting is of purely academic interest as a demonstration of the artist’s working methods and will probably be hidden by the frame’s backing.  Such a work adds no additional value to the primary painting.

But what if both sides of the painting’s support have equally finished works?  Can the appraiser simply calculate the value of each painting and then add the two amounts for a total value?  Let’s look at a recent case.

The Zorach Family in a Landscape by Marguerite Zorach sold at Christie’s this past May for $214,200 including premium.  The estimate, $50,000-70,000, had been a tease to attract bidders, as Christie’s surely knew that this painting would sell for far more than that.  Two other Zorach paintings from the second decade of the last century, including one about this size, had previously sold for over $200,000.  The market for early Zorach cubist works like this one is hot at present.  Had I been appraising this piece for a client, I would have assigned it a fair market value of at least $200,000.

In 1952, almost four decades after the work above was painted, Zorach used the back of the canvas to paint another picture, a floral still life.  (The habits acquired during years of creating art on a frugal budget had left their mark.)

Zorach’s still life paintings bring much less than her landscape or figurative works.  A floral still life about the size of the painting above brought $27,500 including premium at Heritage Auctions the same month that the work above sold, and the Heritage piece was from 1922, a much more desirable date than 1952. (Zorach did some wonderful works late in her life, but they have yet to find their champions.)

I wouldn’t do that, because the artwork’s owner doesn’t have two paintings; they have only one.  Or more accurately, they have only one painting at any given time.  Conservators can do marvelous things these days.  If an oil painting is done on a panel, it is now possible to split that panel, resulting in two paintings, each only a few millimeters thick, which can then be mounted on separate supports.  Such a process, needless to say, is extremely expensive and makes financial sense only when each of the two resulting paintings is quite valuable.

Zorach’s painting, however, is on canvas, so the owner is stuck with a two-sided work, and there are no happy solutions to displaying each side.  The owner could remove the painting from its frame every now and then, reverse it, and remount it in the same frame, but that solution would quickly grow tiresome.  The owner could have a frame constructed with carved and gilded wood on each side and two eye hooks at the top of the frame.  The painting could then be hung from nails and could be lifted off the nails, reversed, and rehung when the owner wanted to show the other side.  Such an installation, however, always looks clunky.

Moreover, both of the solutions just given assume that both sides of a painting have the same orientation.  If one side of the painting shows a horizontal landscape, however, and the other shows a vertical still life, the problems with the hardware used to hang the piece become intolerable.

Museums with double-sided works sometimes construct freestanding supports to display them, ranging in size from a pedestal to an entire wall.  This solution allows viewers to see both sides of a work by walking around it, but it is expensive and impractical for most homes.

All of this adds up to problem when trying to sell double-sided works, and that problem reduces the value of such works.  Returning to my imaginary appraisal of the Zorach, I’d stick with the $200,000 I put on the more desirable side, but I would discount the other side’s value heavily, maybe down to $10,000 or so, with a total value of $210,000 for the package.  This is one of those rare cases in life where the whole is worth less than the sum of its parts. 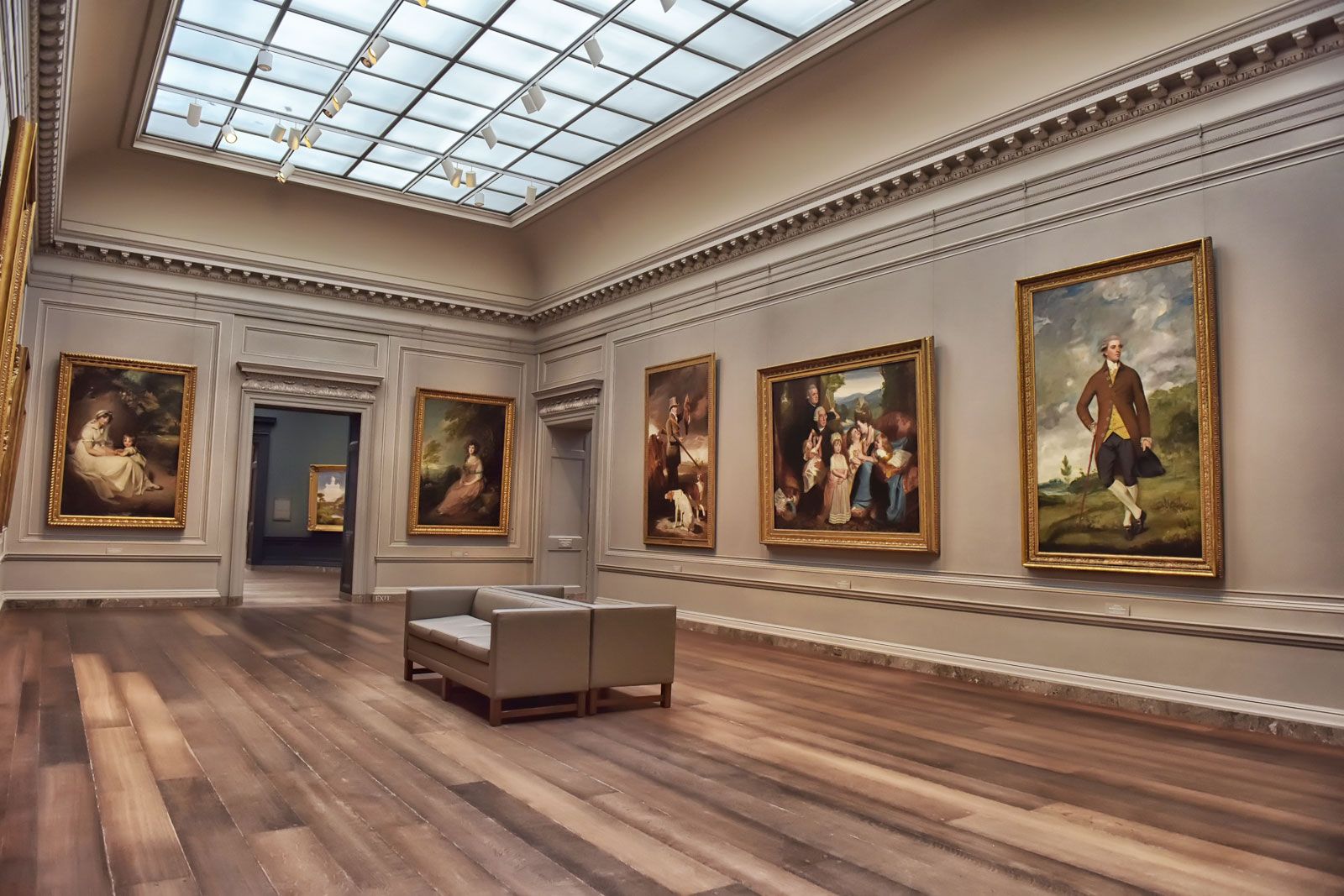