Cantonese opera master goes back to his roots in Tracing Origins 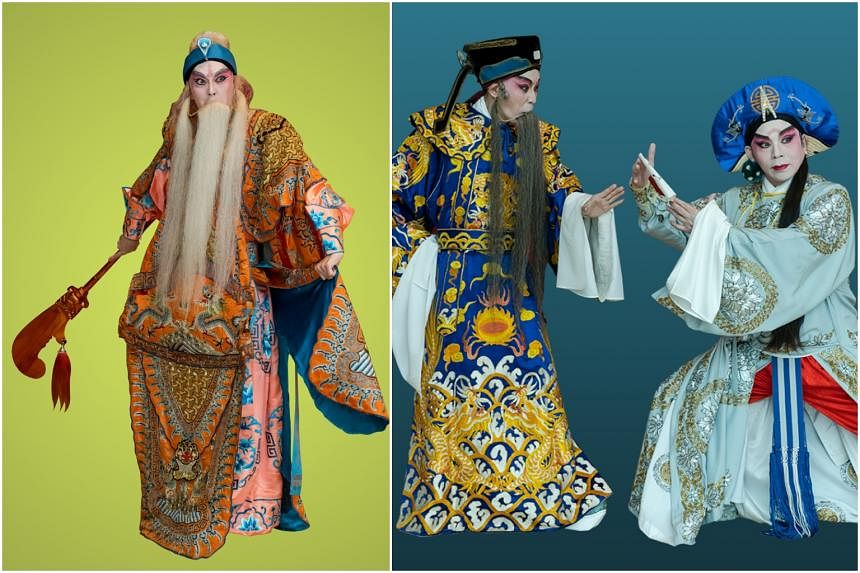 SINGAPORE – Home-grown Cantonese opera master Christopher Choo will be going back to his roots for his upcoming production, Tracing Origins – The Life And Times Of Cantonese Opera’s Laosheng.

In the show, which runs at the Esplanade Theatre Studio from April 22 to 24, he will cast the spotlight on the role of the laosheng (elderly gentleman), which was the lead role until the 1930s, when opera scripts started to evolve to focus more on romance.

Choo, 62, is one of the few professional Cantonese opera artistes here. He can play a variety of characters such as the xusheng (bearded male), chousheng (comic), hualian (painted face) and laodan (elderly female). But for Tracing Origins, he will go back to playing his original laosheng roles.

He also produces and directs the show, which stars local wenwusheng Philip Chan and new-generation huadan May Choong.

In Choo’s three portrayals, the colour of his beard will change to reflect the different ages of the characters. A black beard represents someone aged 30 to 50, a grey beard is for characters aged 50 to 70 and a white beard indicates a man above 70.

The three excerpts are staged with a table and two chairs, following the basic setting of a traditional Chinese opera performance. Different calligraphy and paintings appear as backdrops in each excerpt.