Two years to the day on from the UK’s first coronavirus lockdown, hundreds turned out to pack out an almost full house for Opera North’s winter season. However, Covid had left its mark on the performance before it even started, with the show’s conductor and three of the lead roles testing positive and their places taken by understudies.

The opera debut for British-Nigerian director Femi Elufowoju jr, Verdi’s Rigoletto tells the story of a societal outcast, who hides his daughter Gilda away from a corrupt society. She is sexually assaulted by the Duke of Mantua, with the second act focusing on the title character’s attempts to take vengeance on said Duke.

Not having been to an opera before, I’d been told earlier that Rigoletto was a good one to ease myself in – whatever that means. With the programme explaining what would happen in each act, it wasn’t hard to follow the story, leaving me and my partner to enjoy the performance and try to pick out as many Italian words as we could – as well as listening out for the most famous aria La donna è mobile.

The music, as expected, was brilliantly played but it was the set design that really stood out. During the 2+ hour production, there were bicycle couriers cycling across the stage, Gilda singing to a toucan on a swing before going to sleep on the back of a life-sized zebra, and a burned out car and some tents, in what I can only imagine was a dodgy part of Mantua.

I found my eyes glued to the stage throughout – more often than not two or three things were playing out at once in an LED-lit box which brought the space to life. The costumes were spectacular too, some were traditional African dress which reflected the director’s heritage, while others were inspired by the Netflix show Money Heist .

The downside to this? It took my attention away from the TV screens at the side of the stage, which had the English translations of what the characters were singing.

But a small downside that was. Being able to concentrate on the performance meant I could see the personality of Rigoletto, played by Kamohelo Tsotetsi, morph from jovial early on, to vengeful at the sleazy Duke (Roman Arndt), to the sheer agony of his revenge backfiring as his daughter Gilda dies in his arms.

As the show continued, it was clear why Richard Mantle had earmarked these two young singers for future stardom. Gilda, played by Yolisa Ngwexana, was superb in her every scene, and there is a level or irony at watching possibly one of the most talented singers I’ve ever seen playing dead and being dragged around in a sleeping bag.

This was just one of many surreal moments throughout that made me fall in love with this opera. I’ve no idea how faithful the modernisation was to Verdi’s original, but this flamboyant and fun take meant I was already working out which performance I’d be getting tickets for next.

Visiting the opera was an escape, but there was a reminder of what’s going on in the wider world. The Ukrainian National Anthem was played before the performance and a statement was read out by General Director Richard Mantle, written by the opera’s colleagues in Ukraine.

It read: ” Art has always remained at the forefront of humanitarian values. We strongly believe that art can’t be subservient to particular propaganda and should instead be utilised for critical thinking and promoting dialogue.”

The Role of the Artist — Caryl Fine Art 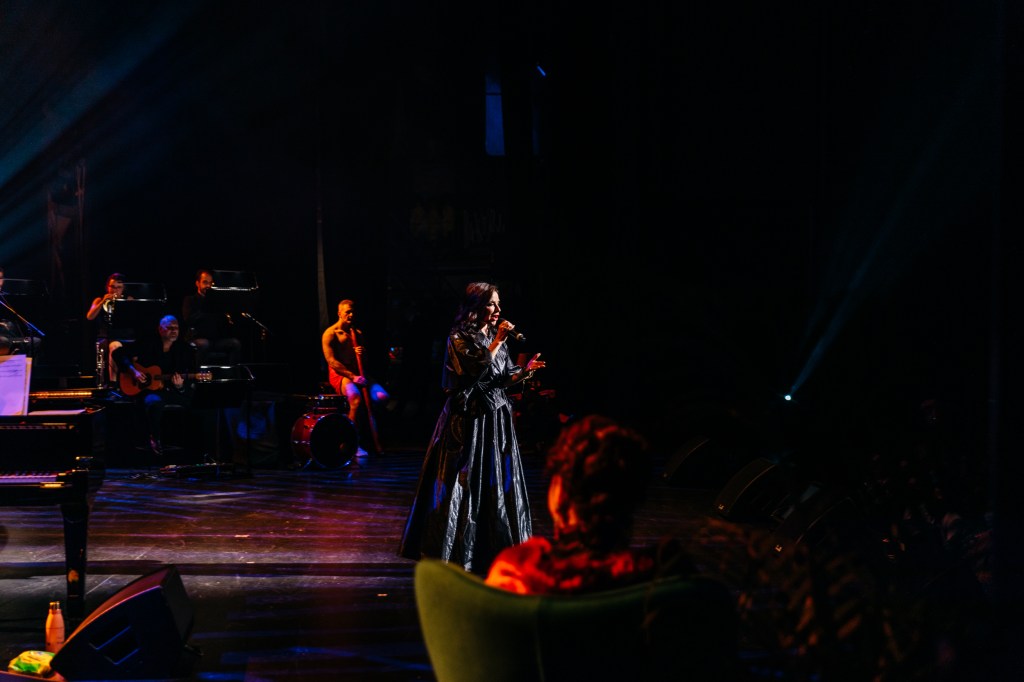