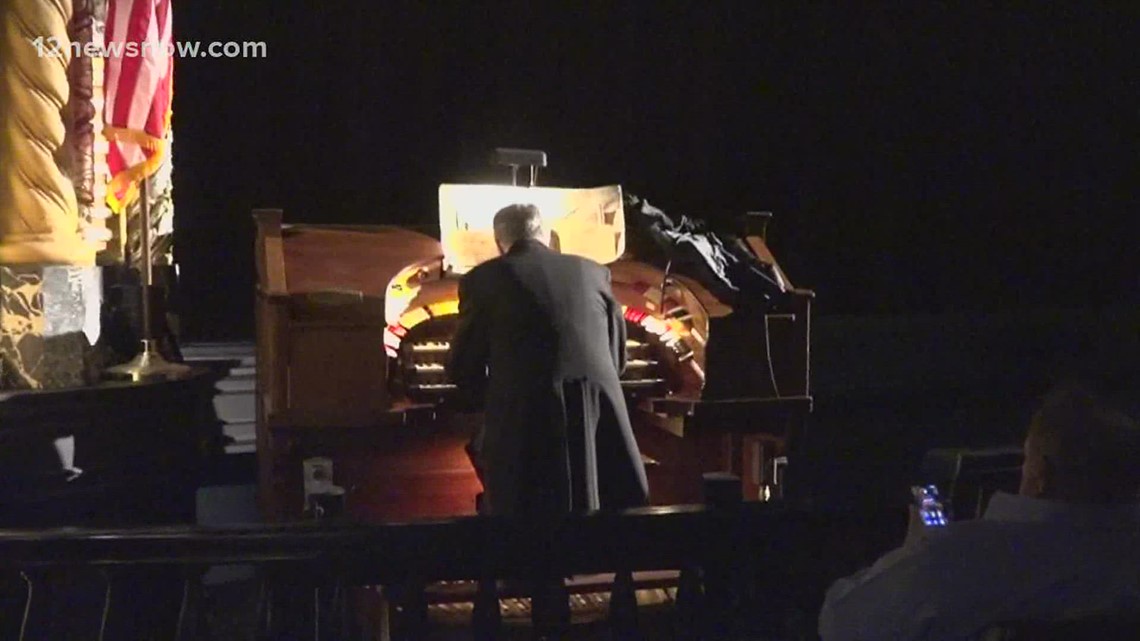 BEAUMONT, Texas — Southeast Texans filled the seats of the Jefferson Theatre Saturday to see the grand debut of the theatre’s historic and newly repaired pipe organ.

After more than a decade, the sounds of the newly repaired Robert Morton Pipe Organ once again filled the theatre.

“It’s a really unique experience to hear the organ played,” Emily Wheeler, director of event services for the City of Beaumont, said. “It was built for the theatre.”

City officials are excited for the community to once again have the “magical and unique opportunity” to hear the Jefferson Theatre’s pipe organ in action.

“I think it’s fantastic,” Wheeler said. “People are walking in very excited to hear the organ again. There’s alot of people here who are telling us they have not heard the organ played in decades.”

Expectations were running high and those in attendance said they were excited to see it and were not left disappointed.

“Oh, it blew my expectations away,” Chris Orta, Jefferson Theatre attendee said. “I had seen the silent film before but not live with an actual organ being played. I was wowed beyond belief.”

The instrument was damaged in 2005 by Hurricane Rita, and repairs for the organ were set back in 2017 due to Tropical Storm Harvey. The damage done to it was described as, “just heartbreaking.”

“I understand it’s been dead for the last 15 plus years,” Jim Crane, Jefferson Theatre attendee, said. “Getting to see it come back to life, and getting to hear it for the first time tonight at the Jefferson will be really impressive.”

The organ was handmade by the Robert Morton Organ Company in California and shipped through the Panama Canal to Beaumont in 1927. There was a grand entrance for the instrument’s grand comeback.

“Oh, way above my expectations, raising up the organ,” David Rich, Jefferson Theatre attendee, said. “The organ actually raises out of the pit while he plays. That was really awesome.”

Tom Helms performed the score for the 1925 silent film, The Phantom of the Opera. Helms was also the man chosen for the job of restoring the instrument.

“Leaky roof or whatever caused the ceiling to fall and crush the organ, and then parts were missing or whatever, but we’ve got it all restored now and it’s shiny and clean and new upstairs in the pipes,” Helms said.

Helms spent six months repairing the beloved organ and got to be the man behind the console on Sunday.

“It’s like your own child,” Helms said. “You invest so much in them, and you get to play them for people who have never experienced them. It’s a thrill to share.”

The heart of the theatre is beating once more.

“I think it’s a signature piece here, and I think that people associate the theatre with the organ and vice versa,” Wheeler said. “So, bringing it back is just one critical piece to the success of the theatre and kind of helps makes it the crown jewel of downtown.”