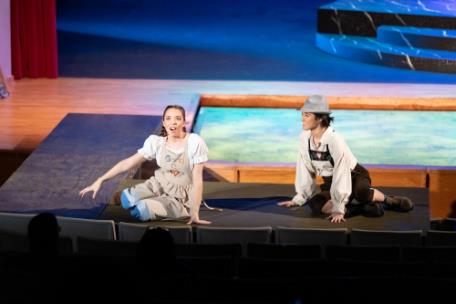 The Lee University Opera Theatre, directed by James Frost, will present Opera Scenes in the Squires Recital Hall on Sunday, April 24, at 3 p.m.

The performance, which is the final project of Lee’s Opera Theatre class, will include various scenes and solos from the opera repertoire, including “Ariadne auf Naxos,” “Marriage of Figaro,” and “The Medium.”

The performance allows every participant of the Opera Theatre to sing at least one solo role in one of the scenes.

“The participants of each scene are challenged to stage their own scene with help from myself and the other participants, which is a great learning tool, using their own creative impulses,” said Frost, associate professor of music at Lee.

Opera Theatre was started as a workshop in the spring of 1998 by the now retired professor Tony Deaton, and has grown into a production organization performing a Musical Revue in the fall semester, a fully-staged opera from both standard and less traditional repertoire in February, and this opera scenes program being presented this month.

The performance is free, non-ticketed, and open to the public.

Computer Technology Definition And Which Means