Almost as soon as you head west from uptown Charlotte into the historic Biddleville neighborhood, you’re greeted with public art.

As construction crews worked on West Trade Street near where an extension of the Gold Line Streetcar is coming on a recent morning, color popped behind them. On the side of Johnson C. Smith University’s Arts Factory, a beaming mural showed off past and contemporary scenes from the city’s Historic West End.

Nearly the whole building — in Charlotte’s oldest surviving Black neighborhood — is surrounded by murals. Really, so is much of the street. Go half a block north and you’ll find art on either side of West Trade. Murals that tell stories — of pain, of struggle, of hope.

The idea has been in T’Afo Feimster’s head for a long time, so he jumped at the chance when the Duke Endowment, Johnson C. Smith and Historic West End Partners provided a canvas and funding.

“I was fascinated by the fact that North Carolina had so many well-known, recorded musicians,” Feimster said. “So, as an artist, this has been something that I’ve kind of wanted to put together as a montage in some form.”

Feimster and fellow artist Abel Jackson teamed up to make it a reality in December. It’s the latest effort by Feimster to share history. He’s the director of the LATIBAH Collard Green Museum, dedicated to African American history. The museum closed its doors due to financial problems in 2015 but still offers lectures and other programming.

The new mural is across the street from one of Feimster and Jackson’s other projects: a series of murals depicting formerly enslaved people escaping via the Underground Railroad. And it’s adjacent to the “Manifest Future” mural series — with work by Janelle Dunlap, Georgia Nakima and Sloane Siobhan — meant to both tell the story of the West Trade-Beatties Ford Road corridor and cast hope that Black residents aren’t left out of whatever happens next.

“Public art, street art, can be problematic in vastly gentrifying areas because oftentimes it’s indicative that things are changing in the area and in the future, there won’t be the presence of that legacy or that culture,” Dunlap says in a video about the project posted to her website. “So, the whole purpose of naming it ‘Manifest Future’ was to manifest a future in which Black people are present in the communities that they come from.”

And gentrification is a concern across the West End. The historic area is changing as Charlotte continues its rapid growth. Just this month, the Charlotte Business Journal reported that a developer is preparing to start work on hundreds of new townhomes in the area.

But how does such a vibrant community keep its identity and proudly display its history when change is on the horizon? Feimster would agree with Dunlap’s point about public art sometimes going hand-in-hand with development.

“The artists — usually we are the forerunners,” he said.

But he says there’s an opportunity, there, too, for artists to help set the stage for an area’s future in a way that honors and preserves its past.

“We’ll come in and we’ll start the process, but hopefully the developers will come in and say, ‘Yes, we understand what you’re trying to do, and so we are going to do what we can to incorporate that history,’” he said.

Showcasing history through art is a big part of Abel Jackson’s work, too.

He says he usually winds up learning things, himself, on such projects. “NC 8” taught him George Clinton was born in Kannapolis, for example. And when he worked on his “Historic Brooklyn” mural on Brevard Street, he learned about the once-thriving African American neighborhood of the same name that was razed for an urban renewal project in the 1960s.

And that process gives him a chance to help shift narratives in a way that gives viewers a different perspective.

“In studying Black history, sometimes it can be traumatizing to see some of the things, the darker things that happen. And sometimes you get so caught up in, you know, some of the struggles or injustices that you miss out on the accomplishments,” Jackson said. “It’s almost like a program in your mind where the reality you create is based upon how you think. And so if you’re only thinking of things in a negative sense, then it’s where you will stay. But then you come to realize that no, that’s not the full story — there’s more to the story.”

There is art involved in other ongoing projects along the corridor, too. Nearby, the $5.5 million Five Points Public Plaza, at the intersection of West Trade, Beatties Ford and West Fifth Street, is expected to be completed this year. Meant as a public gathering space, the city project will include artwork and an amphitheater. And the city is looking for an artist to create a mural on the retaining wall by the Interstate 77-West Trade underpass as part of an improvement project that includes a multi-use path.

“Our goal from the very beginning was to make sure that neighborhood leaders were a part of the change, and not victims of it,” City Council member Malcolm Graham, who represents the area, told the Charlotte Observer last year.

There are other efforts to fight gentrification in the area, too, such as work by the nonprofit West Side Community Land Trust to keep housing affordable for current residents, as covered in WFAE’s Finding Home series.

With the paint dry on “NC 8,” Feimster and Jackson are both moving on to other projects. Feimster says he has sketches of other famous North Carolina figures that can be incorporated into future works of art. But first is likely a small gathering space — what he calls a “pocket park” — in west Charlotte.

Jackson will soon start work on more murals, including one on Beatties Ford that honors residents with historical ties to the corridor, such as former Mayor Harvey Gantt, former school board member Sarah Stevenson and civil rights lawyer Julius Chambers.

The long-term fate of the old A&P building is unclear — and for that matter so is the artwork adorning it.

“There’s gentrification going on, and the potential is there for condos or some businesses, so we’re pretty sure that within a couple of years that will be developed,” Feimster said. “But in the meantime, you’ve got to look at it.”

And you’ve got to look at the “Manifest Future” mural next to it. And “The Great Escape” across the street. And every other bit of public art, big and small, that’s lining the corridor.

“It’s becoming like a little activated space,” Jackson said. “I think that’s just going to be a wonderful little area of potential activity and engagement for the community.” 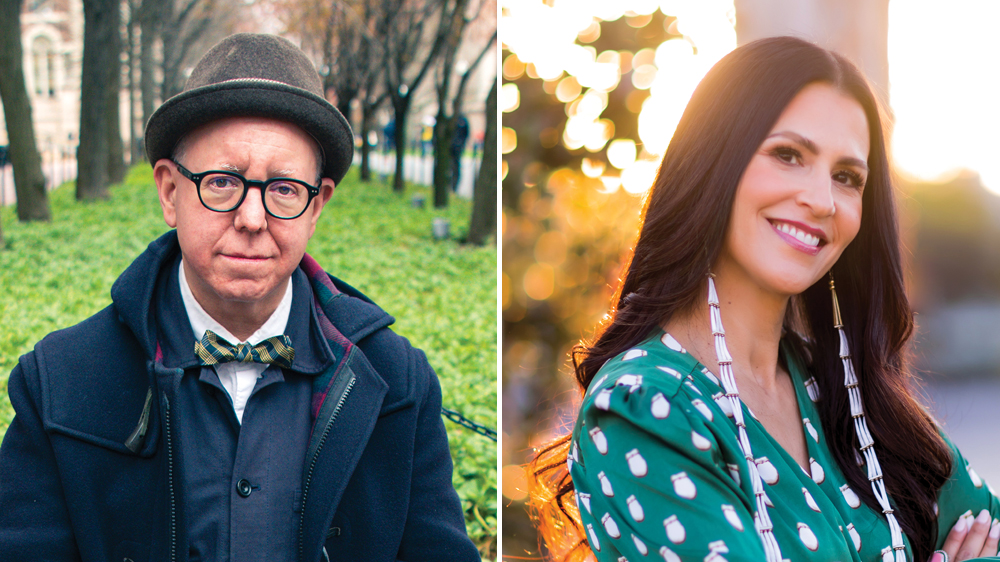 ART MEETS HOLLYWOOD at the Boca Raton Museum of Art