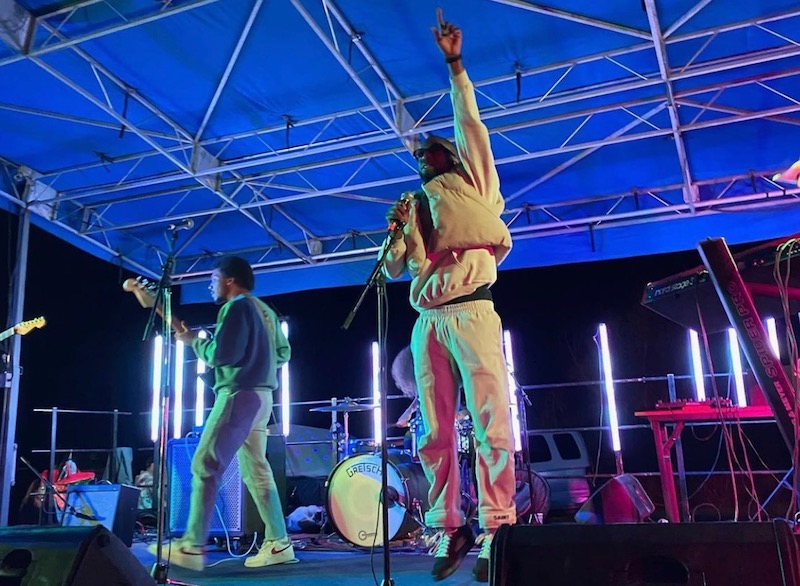 Deezie Brown performing at the MoFest ranch for a pre-party last fall. (Courtesy of MoFest)

It’s that sweet spot in Central Texas: post SXSW and pre sweltering summer, where the weekends becken for adventure, live music resounds far and wide, and that tent in your closet begs to be used. If you’re looking for that Austin-but-not-actually-in-Austin vibe, MoFest might hit the spot.

The titular “Mo” is Momin Ahmad – a local music insider who kills it on upright bass (his latest band Texas String Assembly will perform) and also tour manages for Austin bands. He and his Mo & Co partner Alexandra Arteaga discussed the experiential event’s mission and ahead of its first run. Bird’s eye view of the MoFest Ranch. (Courtesy of MoFest)

Austin Chronicle: What does Mo & Co do and how did you get into putting on MoFest?

Alexandra Arteaga: This is the first festival and the plan is to have this turn into hyper-curated Austin-focused events all throughout town in the future, and potentially an annual MoFest.

I don’t think it would have been possible without the time that he and I individually have put into the music space in Austin. There’s a team of seven of us, with Mo and I being kind of the leaders of our crew, and really just putting together as many resources as we can get our hands on to make this happen and come to life.

AC: What is your end goal for MoFest? What do you all hope to accomplish? Momin Ahmad: This past week, with the Coconut Club potentially being torn down, is an example of what’s been happening in the city where this new capital that’s coming in is in the hands of people that don’t want to redirect it back into what makes Austin interesting. I founded a tech company and receive the exact same capital, but I think that, at least for me, it’s important to redirect that capital back into the things that I love about the city.

Whatever we form past MoFest, we want what we do to be the highest quality and that we set a precedent for what you should be compensating local artists because it is what they deserve and what they need to continue to make the city interesting, cool, and worth living in. I think a lot of people, a lot of events, and a lot of production groups don’t pay artists what they deserve. We’re not making money on this. I don’t care about that. I just want this to not just be cool for the people involved, but valuable and a jump up for them moving forward.

AC: What has been your biggest challenge in putting on MoFest?

MA: You could see all the bands on this bill whenever you want. You can’t sell the bands for something like this, you have to sell the experience. You have to have good bands, but the challenge for us has been how to convince people to drive an hour out of town to go see a bunch of bands they could see anytime, and that’s where all the other additional things are so important like creating an experience that is interesting regardless of who’s playing. 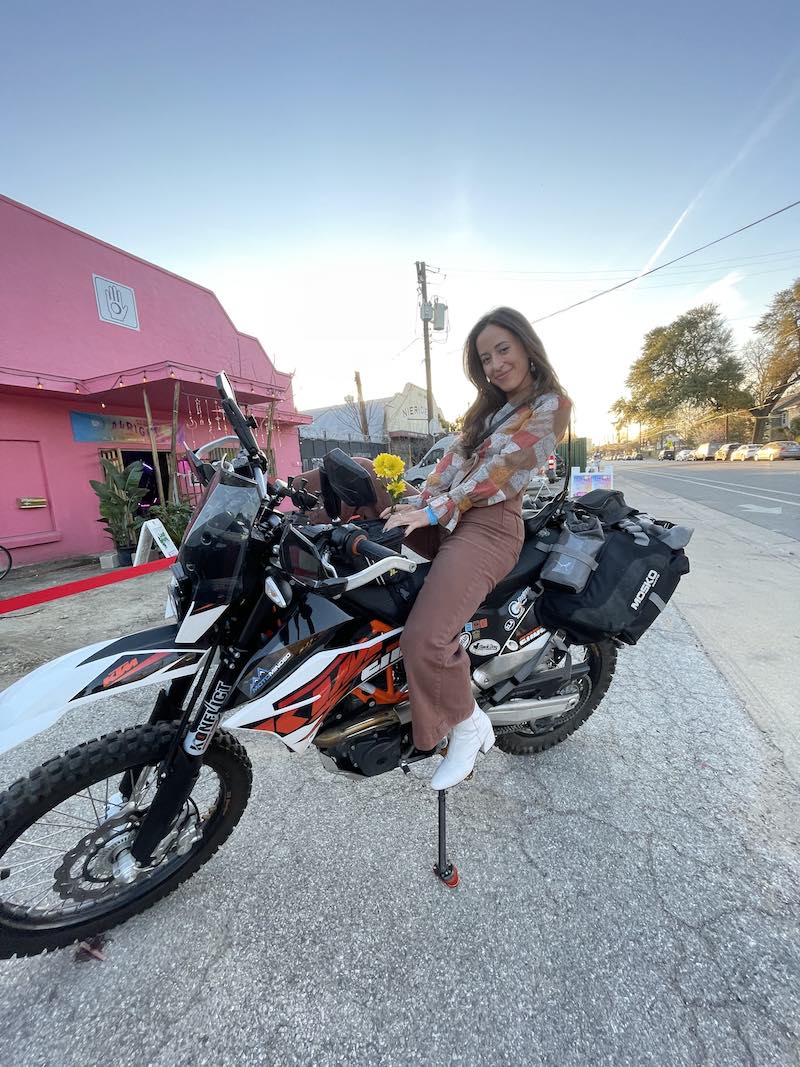 AC: What have you been doing to try and get people to come out?

AA: We want people to know that what we’re curating is going to be high quality and you’re going to have these moments where you’ll be able to have very intimate experiences with small and big brands that are in Austin who are all trying to get involved. We’ll have live painters on site and we’ll have a wine and music pairing experience with Austin Winery in order to provide these experiences that people wouldn’t normally have.

None of this is easy. We have learned through hands-on experience how difficult all this is and we could not have done it without the connections that we alluded to earlier or the team that is helping us out. Every single person involved is some kind of creative, whether we play music, or make art, or are just a music enthusiast in general. Where this inspiration came from for me is that I’ve had experience working in the festival space, managing artists, curating Sofar shows, but I wanted to have more creative freedom and do something even bigger and different than what everyone else is doing. Then I met Mo and what started off as an idea to have a festival and call it MoFest turned into this. It is hard work, but it feels good.

More info and updates on MoFest can be found on Instagram.