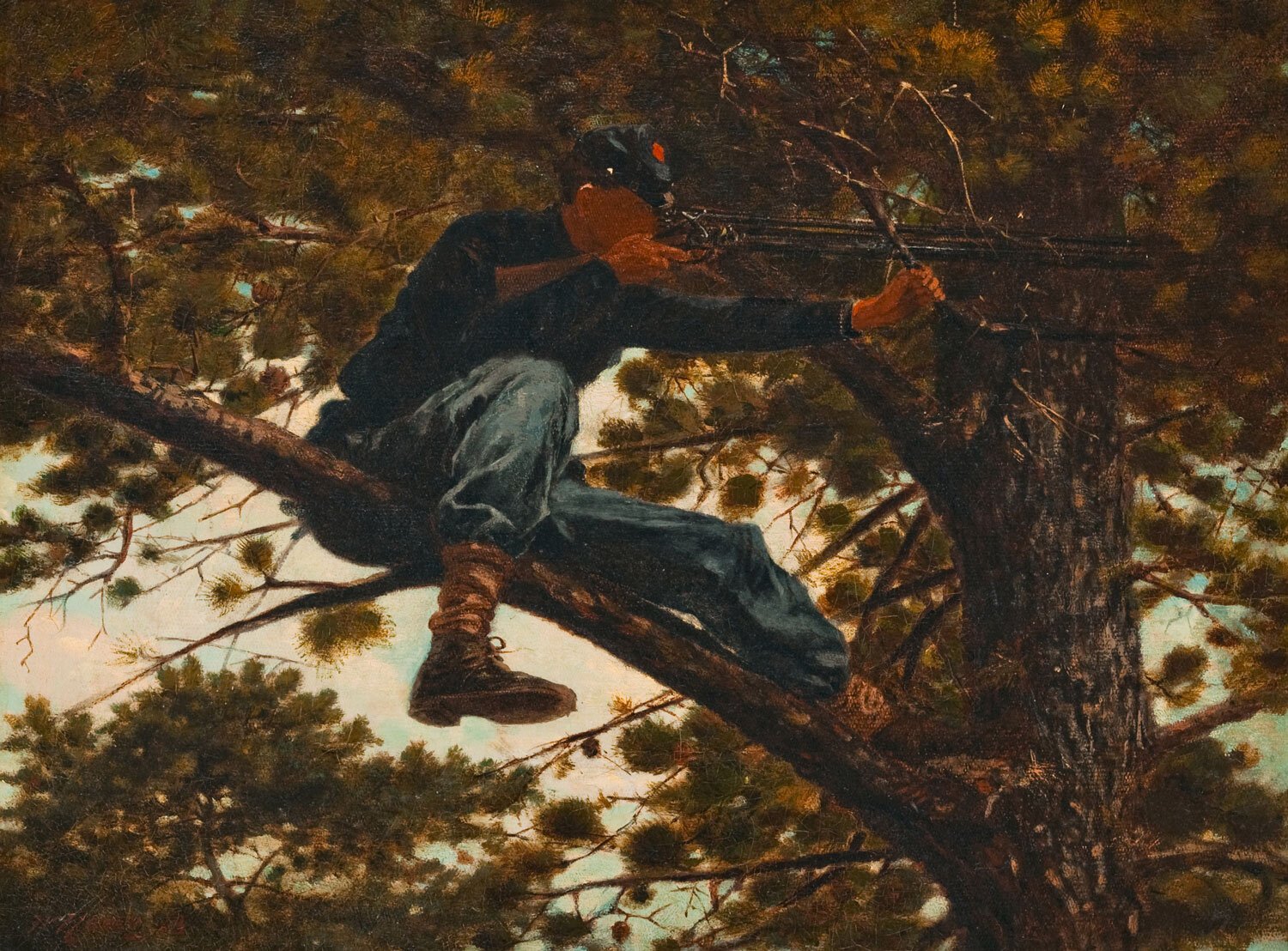 In 1863, Homer enrolled in a life drawing class at the National Academy of Design. He would be largely self-taught as a painter, and also in 1863, essayed his first oil, the glaringly promising “Sharpshooter” (1863), seen at the start of the exhibition. It shows a Union sniper wedged in a tree surveying things through a newly invented telescopic viewfinder. Within three years Homer was an associate of the Academy, then a full member, which required the submission of a diploma painting. On the reverse of his, the artist wrote “Winslow Homer would like to have the privilege of painting a better picture.”

“The Gulf Stream,” installed at the show’s midpoint with numerous watercolor studies for it, links two sides of Homer’s topical concerns: the Civil War and especially the plight of Black women and men in its aftermath, and the human struggle to live with nature. Homer’s images of Black people, seen in his work for Harper’s, his paintings and, most profusely, his Caribbean watercolors are, at their best, the most empathetic and least biased of any American artist of his time. This is apparent in “Near Andersonville,” (1865-66) a small painting of a young, resolute woman standing in a darkened doorway lost in thought as a group of Confederate troops march by. Homer grants his Black subjects an unusual degree of psychic interiority, worthy of the powers of observation he honed as an illustrator.

In contrast the features of his white subjects tend be impassive and undifferentiated when they are seen at all. Interiority he mostly left to Thomas Eakins, his junior by eight years and his partner in pioneering American realism. This may be consistent with the lack of personal emotion in his work and his prickly Yankeeness and sense of privacy. He was an artist of outside forces.

It is easy to see “The Gulf Stream” as an example of these forces bearing down on all living beings. The struggle against nature is also enacted in Homer’s paintings of sea rescues and catastrophes, sturdy fisher folk struggling with boats and nets, and gale-blown families anxiously waiting for their men to return. But the fatalistic protagonist and finned predators of “The Gulf Stream” also serve as a metaphor for the unrelieved obstacles and threats for Black people and especially for Black men, that remain crushingly pertinent today.

This show circles through different painting styles and Homer’s expanding skills. Works at the end of one section may signal developments ahead, most clearly in “Promenade on the Beach,” which finishes off Homer’s rural and seaside scenes of the late 1870s with two well-dressed young women walking along the shore. Overhead, we see threatening storm clouds, which prevail in the rescue paintings. There is also a continued tension between the illustrational and the painterly, most clearly in “The Wreck of the Iron Crown,” a watercolor (1881) that depicts a lifeboat with a minutely detailed rowing crew of 10, heading for a foundering ship through torrents of exuberant white dots of paint.

Through these phases he became increasingly innovative as a realist and picture builder of bluntly simple compositions, using thick, vigorously handled paint to add power to his forms, and to push his final seascapes to the edge of abstraction. His penchant for dividing canvases edge to edge with stark horizontals (like a field of wheat or a stretch of beach) and especially for emphatic diagonals (whether sloping rock or waves) was admired by the Minimalist Donald Judd looking for artists whose sensibilities he deemed distinctly American, free of European traditions and influences. But Homer’s acute observation of nature — light, atmosphere, weather — his use of wet-on-wet painting and tendency to paint from life qualify him as an Impressionist.

In the two decades before his death in 1910, Homer expanded the tension in his art, making it encompassing and inevitable. From the perch of his studio above Maine’s coast, he painted a large group of marine images that are all but devoid of human life. He observed the ocean’s movements as closely as any painter ever has as it crashed onto rocks, sent up huge plumes of spray, and then pulled away from shore in a long quiet inhale before thundering back again.

“Fictitious Plants Growing In My Mind” | Rebecca May Verrill | Episode 825 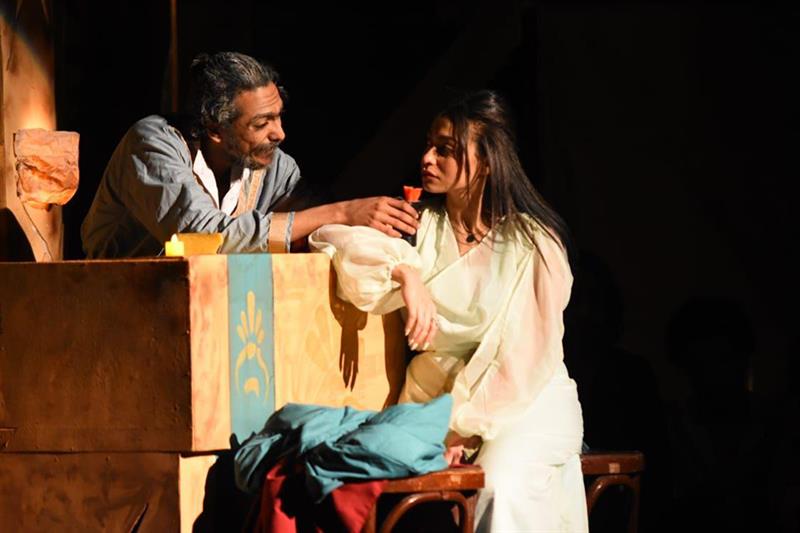