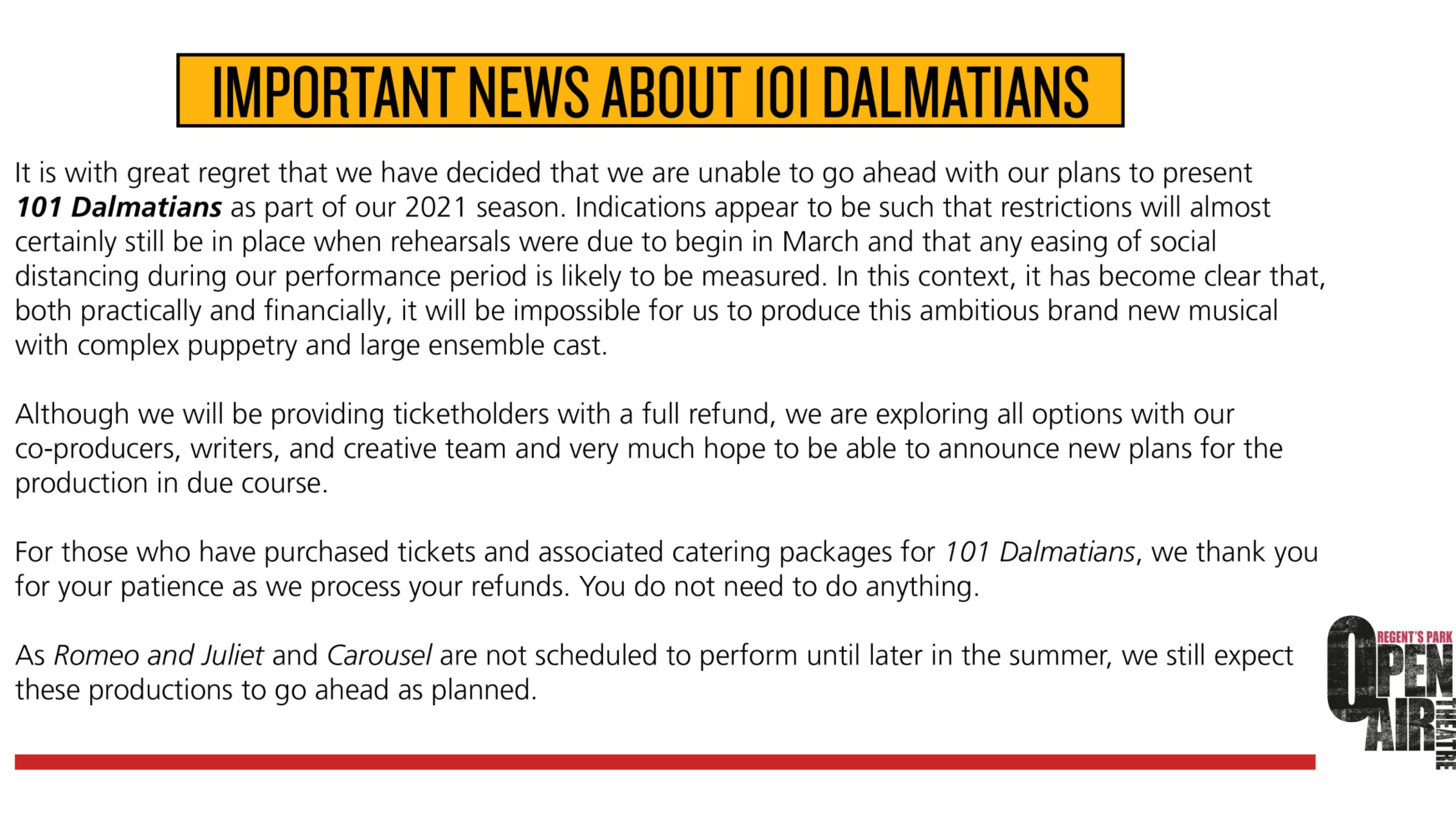 Regent’s Park Open Air Theatre has confirmed it has abandoned plans to stage 101 Dalmatians this year.

The London venue said it appears likely that coronavirus restrictions will be in place when rehearsals are scheduled to begin in March, and that social distancing will remain in force during the performance period.

The theatre said in a statement that it is impossible “both practically and financially” for them to proceed with the musical as planned.

The production, which has a large ensemble cast, according to the theatre, was scheduled to run from May 15 to June 20.

Artistic director Timothy Sheader said: “Although we will be contacting all ticketholders to provide them with a full refund, we are exploring all options with our co-producers, writers and creative team, and very much hope to be able to announce new plans for the production in due course.”

The outdoor theatre’s website said “the loss of an entire production when we can only perform in the summer months is a significant setback for our theatre” and appealed for members of the public to make a donation to the venue.

The Theatres Trust has previously said it is not viable for many theatres to reopen with social distancing measures in place.

London arts venues, including theatres, have not been able to open since the city was placed under Tier 3 coronavirus restrictions last month.

Regent’s Park Open Air Theatre said it plans to go ahead with performances of Romeo And Juliet and Carousel later in the year.

Composer Andrew Lloyd Webber revealed earlier this month that he is pushing ahead with plans to stage performances of Cinderella at the Gillian Lynne Theatre in London’s West End, with previews set to begin on April 30. 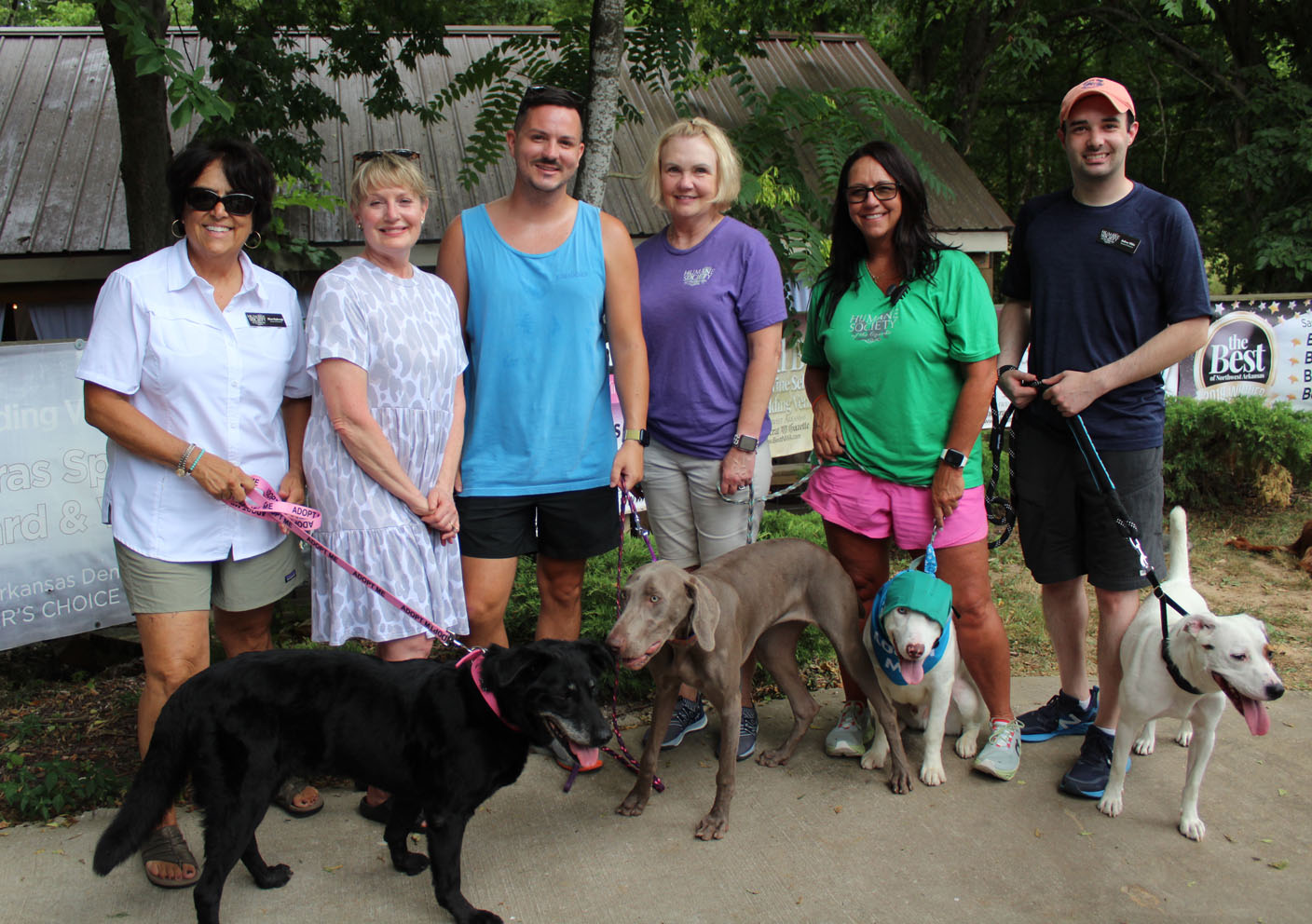 Mariah Carey is being sued by her sister for $1.25 million