A bit of history…

“Higway 66 is the main migrant road. 66—the long concrete path across the country, waving gently up and down on the map, from the Mississippi to Bakersfield—over the red lands and the gray lands, twisting up into the mountains, crossing the Divide and down into the bright and terrible desert, and across the desert to the mountains again, and into the rich California valleys”. “66 is the path of a people in flight, refugees from dust and shrinking land, from the thunder of tractors and shrinking ownership, from the desert’s slow northward invasion, from the twisting winds that howl up out of Texas, from the floods that bring no richness to the land and steal what little richness is there. From all of these the people are in flight, and they come into 66 from the tributary side roads, from the wagon tracks and the rutted country roads. 66 is the mother road, the road of flight.” These are the poetic words with which the famous American writer, John Steinbeck, described, in his 1939 novel, entitled The Grapes of Wrath, the iconic U.S. Route 66, also known as the U.S. Highway 66, the Will Rogers Highway, the “Main Street of America” and the “Mother Road”. The latter, one of the first U.S. federal highways, was established on November 11, 1926, becoming one of America’s most important roads, whose route originally extended from Chicago to Santa Monica (Los Angeles, California), crossing the states of Illinois, Missouri, Kansas, Oklahoma, Texas, New Mexico, Arizona and California, for a total distance of 3 755 kilometers. This route, before its formal dismantling in 1985, occupied a special place in the American imagination, symbolizing, as Steinbeck’s words already suggest, travel, freedom, individualism and the rise of the American car culture. In fact, Route 66 represented a fundamental link between the Midwest and the West, that, able to unite small towns and cities across the nation, it was officially recognized as the “Main street” of America, promoting the development of commercial, military and civil transportation in the USA. In its route, full of old trails and railroads, Route 66 has hosted travelers from many different eras, such as: the adventurous motorist in his 1920s Ford Model A, the Arkies and Okies looking for a new start in 1930s California, trucks carrying soldiers during World War II and tourists or travelers from the 1950s onward. Moreover, it was able to bring together, or rather connect, the different cultures of the American states, exposing travelers to new types of art, music, food and tradition. Such peculiarities allowed the street to be firmly incorporated into American pop culture, turning it into the subject of iconic songs, books, television programs and advertisements, which made it extremely famous. Unfortunately, during the 1960s and 1970s, travel on Highway 66 steadily declined due to the development of controlled access interstate highways. Subsequently, in the mid-1980s, the highway’s designation was removed, which caused severe damage to the towns and cities it connected, which were full of businesses and attractions dependent on its traffic. Nonetheless, revivalists, or the die-hard lovers of old Route 66, worked to preserve its remaining features and attractions, and also founded a wide variety of organizations aimed at protecting and enhancing the unique features of Route 66. Finally, the “Mother road” remains to this day an international American icon, which is traveled by enthusiasts and curious people from all over the world. The artworks of Artmajeur’s artists, realized through multiple points of view and techniques, such as oil on canvas, digital photomontage and photography, lead us to the discovery of some of the most iconic places of Route 66, like the Cadillac Ranch installation in Amarillo (Texas), the Palo duro canyon (Texas), the town of Seligman (Arizona), the Wigwam Motel (Arizona), the Mojave desert (California) and the Santa Monica pier (California).

Driving along Route 66, and more precisely just 15 minutes before arriving in the city of Amarillo, is the iconic and bizarre installation of 1974 that, entitled Cadillac Ranch, is characterized by a visionary style similar to that of the American film Fear and Loathing in Las Vegas. In fact, in the middle of the “red” Texan desert there is a strange vision: 10 half-buried Cadillacs totally covered with colorful graffiti. This work is the result of the artistic experimentation of the group of hippie architects Ant Farm, who decided to give shape to a suggestion they had from reading a children’s book dedicated to cars, The Look of Cars. The genius of this work inspired the colorful photography of Mary Schwindt, artist of Artmajeur, who captured, after intense rainy days, the vehicles surrounded by deep puddles, within which the subjects of the installation multiply in colorful reflections.

Also in the vicinity of Amarillo is one of the most magnificent natural attractions of the United States, Palo Duro Canyon, the second largest canyon in America, which, protected by a State Park, offers visitors extraordinary views of rock formations with typical red and orange colors. The Spanish name of this fantastic location means “hardwood,” referring to the typical juniper plants that dye the arid Texas landscapes green. Steven Schroeder’s painting Caprock Canyon captures the Texas landscape around Caprock and Palo Duro canyons in an atmosphere where heaven and earth seem to merge in an ideal embrace of form and color. Moving on to Arizona, the itinerary of the mythical Route 66 takes us to Seligman, a tourist town much frequented by nostalgic people and fully devoted to the kitsch cult of the “Mother Road”. In fact, Seligman, a 50’s oasis, is characterized by the presence of vintage cars, small motels, old gas pumps, cafes and shops with a retro taste. This atmosphere has been well immortalized by the photography of Pierre Nadler, who, having captured an old garage through the timelessness of black and white, has managed to make the most of this parallel reality, projecting us suddenly in the 50s. Also in Arizona, and more precisely in Holbrook, is the Wigwam Motel, a must for all nostalgic of the “Mother road”. In fact, this motel, built in 1950 and listed in the National Register of Historic Places, represents a kitsch and original icon, offering guests the opportunity to spend the night in a wigwams, a dome-shaped dwelling once used by some Native American tribes. In reality, however, the wigwams of the place have a shape more similar to the tipì, a conical tent originally made of skins, birch bark or cloth, used by Native Americans of the northern Great Plains. These contradictions vanish completely in the digital photomontage by Artmajeur artist Alex Loskutov, aimed at enhance the surreal atmosphere of a place where different eras coexist. The Route 66 route also crosses the Mojave Desert, a vast arid region of southeastern California, including also portions located in Nevada, Arizona and Utah. The Mojave’s desert climate creates an arid landscape dominated by canyons, dunes, and sparse vegetation, where are incluse species such as creosote bush, Joshua tree, butterweed, and occasional cacti. Crossing the “Mother Road” in this hamlet represents a unique experience, in which we can establish an authentic contact with nature and with ourselves, forgetting once and for all the chaos that animates our cities. This atmosphere of peace, warmth and sunshine emerges strongly in Tina Bluefield’s painting, which represents a Fauvist impression of one of the most important places crossed by Route 66.

A fundamental stop to reach when traveling the “Mother road” is the Santa Monica pier (Los Angeles, California), the arrival point of the journey, marked by the iconic sign: “Route 66 – End of the road”. In this tradition-rich context, the painting by Artmajeur artist Tetiana Tiplova fits perfectly, cause it has immortalized the hallmark of the final destination: the infamous big Ferris wheel, painted almost halfway between the sandy beach, the sea and the infinity of the sky. In fact, the pier is home to a historic carousel and amusement park, which have delighted tourists and natives alike since 1996. 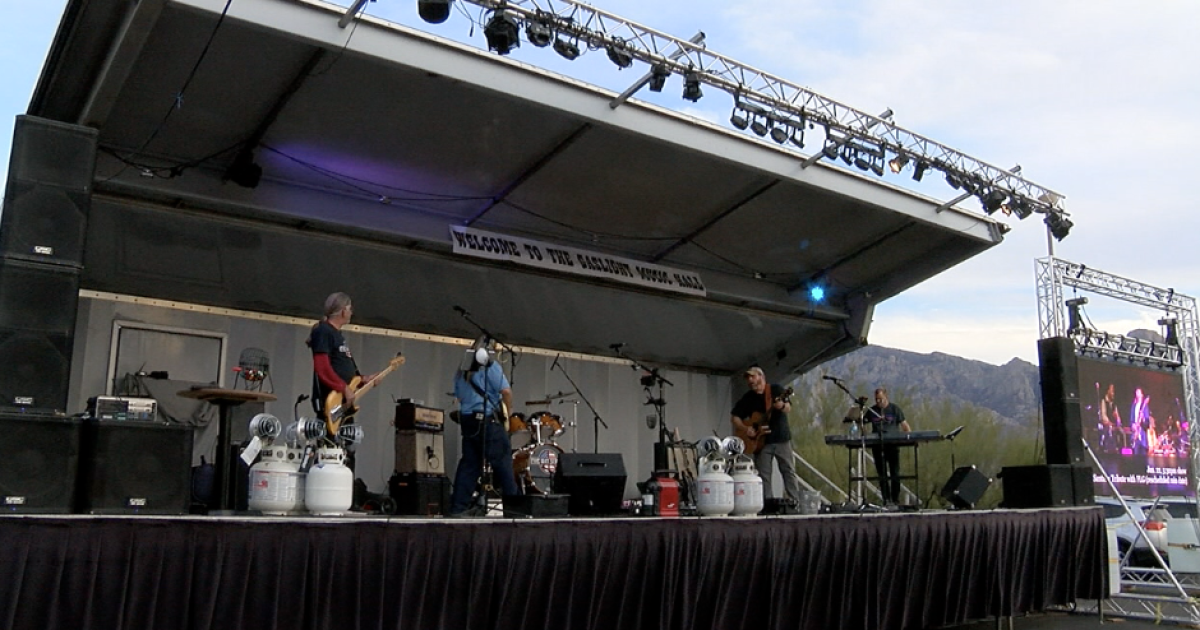 From The Wheel To The Lathe | Nicholas Lees | Episode 846