Sacramento artist blends hip-hop and art for everybody

Shawntay Gorman has spent the last 10 years quietly, consistently paving a way for herself. Her pop art sensibilities are reminiscent of Andy Warhol’s heyday; there are hidden messages implanted in each piece for the discerning eye; but it’s her tenacious drive that has kept her as one of the busiest artists in Sacramento.

She was an artist-in-residence at the Kimpton Sawyer Hotel. She co-curated some of the upcoming Second Saturday events at The Brickhouse Gallery, where Gorman has her studio. She recently signed a contract with Juicy Couture to paint a limited edition perfume bottle.

Gorman is figuratively everywhere. Which is especially impressive because, when she isn’t working on her art, she’s working 40-plus hours a week as a patient advocate in the healthcare system, all while being a full-time mother to her now 18-year-old son.

Gorman wouldn’t have it any other way.

“I think about how far I’ve come from where I started, and it makes the overly busy schedule all worth it,” Gorman says.

We met on an unusually warm March day. As we sat, surrounded by some of her recent paintings, with a new piece resting on the easel in front of her, you could see all the memories flooding back in snapshots as she thought back over her artistic life. A story about her first painting, an effort for a musician who goes by the name “Chicken,” from Chicken Hill Records, still evokes a strong response from Gorman.

“I remember the first painting I did,” Gorman said. “It was a few different images that represented his record label. I painted them all together on this old vinyl record and I was so excited to give it to him. When I finally did, and he showed it to some friends of his, one of them commented, asking if a 10-year-old had painted it for him.”

Even now, you can see the visceral response on Gorman’s face as she recalls that comment. It was the type that remains burned in your brain leaving you with two options – to give up or to get better.

“That comment is what really fueled me to keep pushing. I wasn’t going out like that. My entire art career has been revenge for that one moment in time,” she said through laughter, “but it seems to have all worked out.”

Though the fire may have burned brighter after that moment, the spark that got Gorman into painting came from just as quirky a source.

“Girl, you remember MySpace right?” she asked. “Well that’s where it kind of all began for me. If you wanted your profile to look good, you had to learn how to code. You had to learn how to do graphic design. So I did exactly that. I spent some of my spare time teaching myself how to do all of it. It might sound crazy, but that’s actually where it all came from. I loved being able to make my own graphics. To see something in my mind and finally have a way to make it into something tangible. So I ran with it.”

That run took her on a few different routes. From the Top 8 of MySpace, she started focusing more on graphics. She designed flyers for local hip-hop shows that she and her all-female promotions group, Taysty Entertainment, put on in the early 2000s. That was an era in Sacramento that many look back on fondly as one of the more prolific times in Northern California hip-hop. There were a multitude of local venues. It was a time when hip-hop, especially local hip-hop, had a place to call home.

Gorman made a home in the community, bringing local and Bay Area rappers such as The Jacka together in Sacramento. She was creating full-on live animation promotions by the time she decided to pick up the paintbrush.

“A lot of the work I was doing was already feeling very pop art to me,” she said. “Probably because it’s always been one of my favorite styles. The saturation of all the bright colors, the way it sort of captures the cultural reflections of the time. It was just a style of art that always resonated with me. So when I finally decided to try to translate the images in my head onto canvas, it just naturally came out like that.”

Though the abilities came naturally, the opportunities to make money off her art were few and far apart in the beginning.

As the years went by, she increasingly spent more time working on her craft. A dedicated corner of her two-bedroom apartment she shared with her son became her first makeshift studio. If she wasn’t working or handling life as a mom, she was painting.

Slowly, she began incorporating her graphic design into her work, transmuting the concepts she saw in her mind into a digital map of the way she wanted the painting to look before translating it onto canvas. Each incarnation of her work began to form and shape into a newly refined version of her previous work. With hip-hop a part of her origin story, many of her works have focused on the hip hop artists that have had the greatest effect on her and her clients’ lives.

THE HIDDEN POWER OF POP ART

Art, and the artists who create it, have always played an integral role in the way societies document cultural progress – or regression, depending on your perspective of current events. Whether it has made you an aficionado, an amateur or an absolute novice, hip-hop is a global cultural force.

Hip-hop is recognized by the Kennedy Center as a “culture of vision and voice,” and second only to pop music as the highest-selling music genre on the planet. Each branch of hip-hop’s components touches a different piece of creativity. Style, art, dance, music, writing, even the language that we speak, have all been influenced by the power of the musical movement that started nearly 50 years ago.

Gorman is well aware of hip-hop’s influence. She’s also just as aware of the significance representation has.

“You don’t see a lot of hip-hop represented in pop art, at least not until recently. From the moment I started painting, I wanted to make sure that it was a part of what I focused on,” she said. “The power of the culture and of the legends that hip hop has produced as brightly, boldly, and beautifully as possible is something people need to see. People have this really one-sided and uninformed view of what they think it is. I wanted to do my part to change that attitude.

In that vein, her portrait of Stephon Clark is one of her more powerful pieces, but also one of her most painful.

After Sacramento police officers shot and killed Clark in his grandmother’s backyard in 2018, Gorman chose to pay homage to Clark in the best way she knew how. She immortalized his smile, captured his joy and shared the power of his loss.

While the piece focused on the smiling face of Clark, the background was a collage of images she captured while out protesting in his honor. Each color chosen for the details of Clark’s face was used specifically to represent the varied hues of melanin across the spectrum that make up the myriad of Black and Brown men who have lost their lives to police violence.

“I painted it originally for a community center in West Sac,” Gorman said. “They were putting together a Black History Month show and asked me to submit a piece. This was right after my application to Wide Open Walls had been turned down by the city. They didn’t seem too keen on the proposal when I submitted it, but I knew it was something I needed and wanted to do. I ended up donating the piece to the Clark family. I still see them carry it around to events to this day. I can’t even explain what that means.”

NO SIGNS OF STOPPING

From giving her art away for free to the success she has had now, Gorman shows no sign of stopping. She will soon begin curating Second Saturdays at the Brickhouse Gallery. You can also catch a viewing of her interactive mural every Friday from 5 to 7 p.m. at the Kimpton Sawyer hotel. It’s a piece that encourages viewers to become a part of the art, get their hands a little dirty, and pick up a paint pen to add to the landscape of the city. 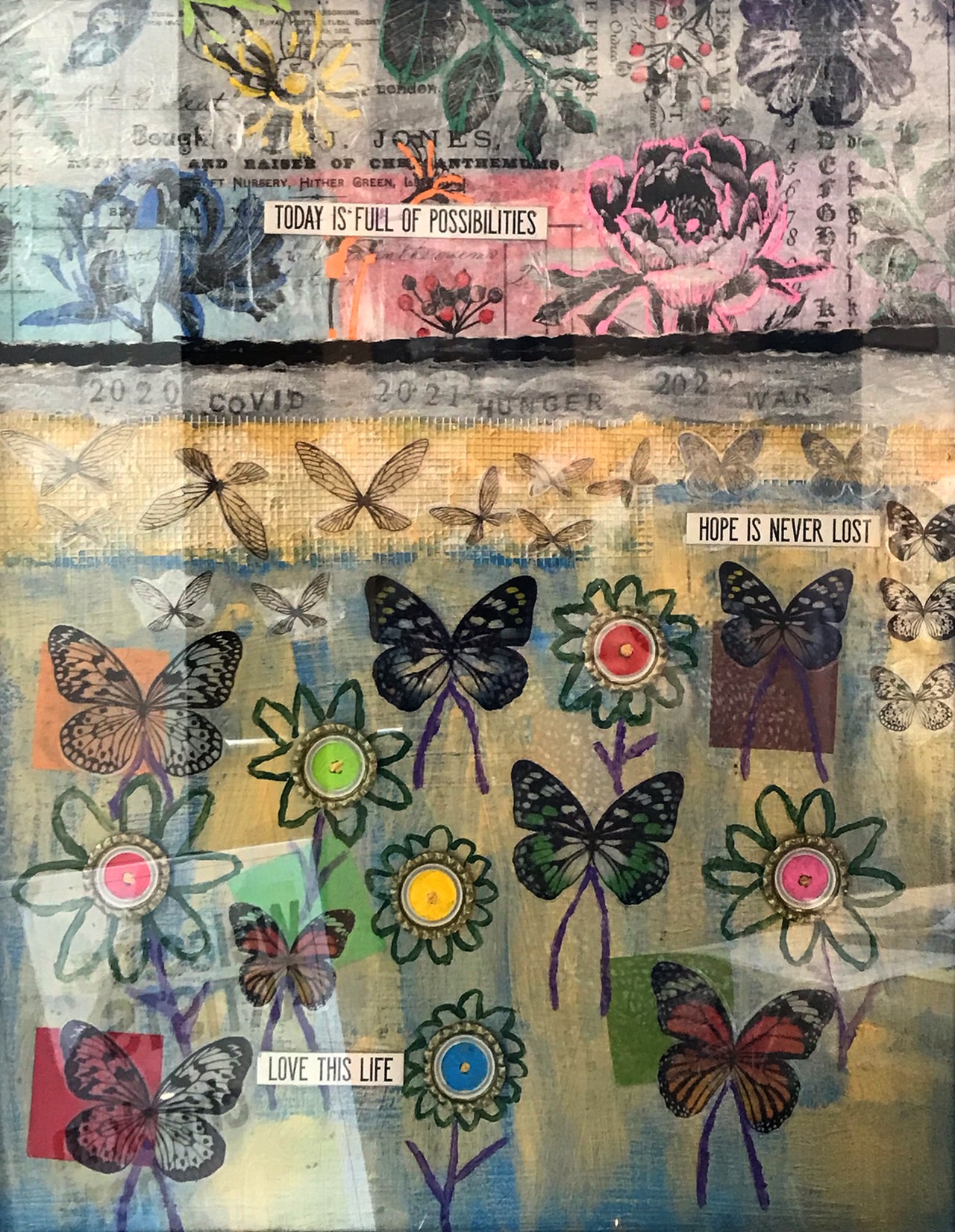 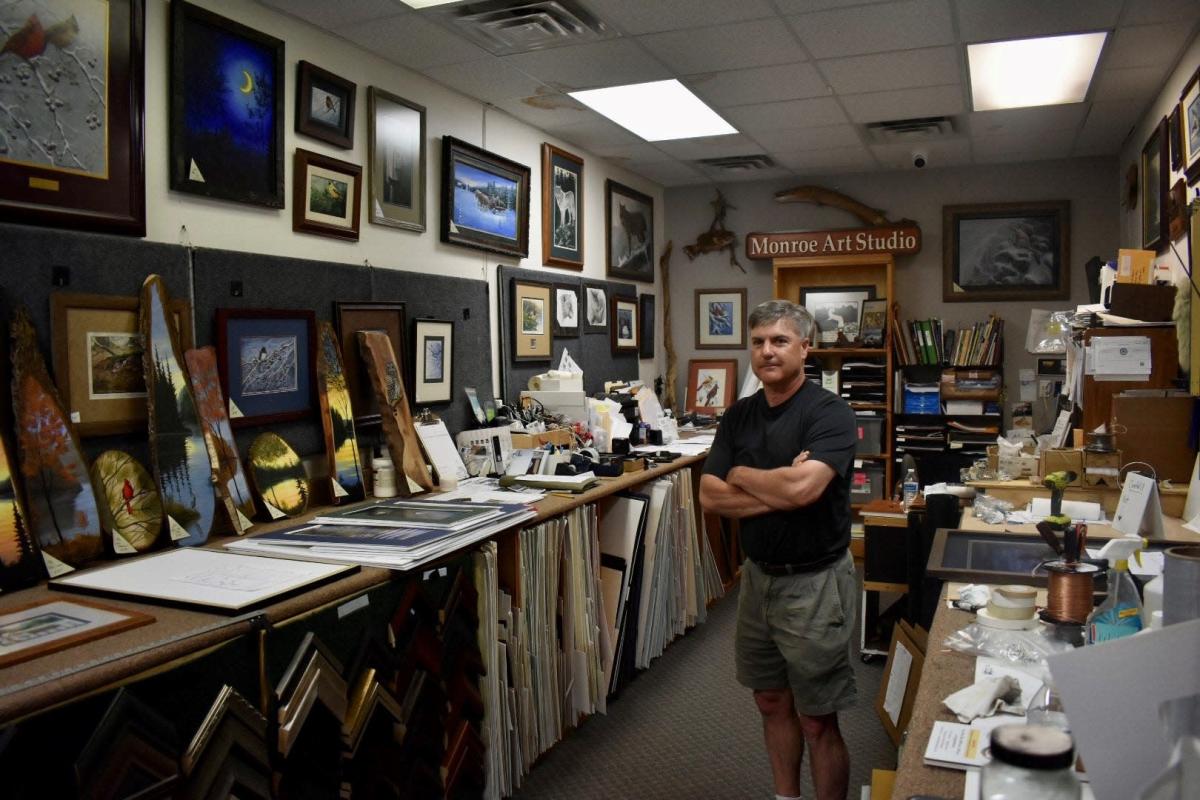