The nation has been struck by the loss of prominent figures within an already volatile arts and culture industry that has been the hardest hit by the impact of COVID-19, said Arts and Culture Minister Nathi Mthethwa.

In the last few days, the country has learned of the passing of legends such as Thoko Ndlozi, Wandi Nzimande, Knowledge Simelane, Welcome “Bhodloza” Nzimande, Kabelo “KB” Molopyane and Dr Sam Phillips.

Dr Sam Phillips was an internationally acclaimed and award-winning screen actor, writer, music composer and director. His incredible lead performance in the film Senzeni Na? The same film earned him an Oscar nomination in 1990 and he was a living legend of the Department of Sport, Arts and Culture.

“He was a humble practitioner whose work ethic spoke volumes of his commitment to his craft. In his 40-year career, he played a key role in driving transformation within the acting space.

“He was an icon with many achievements and titles but to his family, who are in our thoughts today, he was a loving father, grandfather, husband and friend,” he said.

The nation has also been plunged into mourning by the loss of the talented songstress Thoko Ndlozi, who was the only surviving member of the female vocal group Joy that made history with their chart-topping hit Paradise Road.

“To South Africans, Ms Thoko Ndlozi’s music brought hope. It is this hope, which she expressed when she described how the song Joy was recorded to express the struggle and apartheid era dynamics, we have indeed been left bereft by Ms Nldozi’s passing,” Minister Mthethwa said.

The nation has been saddened by the passing of Knowledge Simelane who committed four decades to a craft he was extremely passionate about, travelling long distances across KZN in search for riveting stories for his readers.

The passing of a man dedicated to the preservation of indigenous languages has left a void in the newspaper-publishing world.

Simelane was an institution of knowledge – a walking library due to his in-depth knowledge of the newspaper industry. As an arts writer at Ilanga newspaper, he contributed immensely to the promotion of South Africa’s arts landscape. Even more endearing was his mentorship of young journalists.

“As a custodian of the preservation of indigenous languages, Mr Simelane’s passing comes as an immeasurable loss to our country. He was well known for his commitment to promoting the isiZulu language and ensuring that it continues to resonate with the youth of today.

“South Africa has lost an ambassador of cultural and heritage preservation,” he said.

The nation is also mourning the passing of veteran broadcaster Welcome “Bhodloza” Nzimande. His love for Maskandi music brought many South African indigenous musicians to the light.

“Mr Nzimande’s investment in the preservation of the heritage of our indigenous music is the best gift that he bestowed upon our nation. He and Prof Joseph Shabalala of Ladysmith Black Mambazo, established a platform for this in 1987, taking isicathamiya music to the world stage,” Minister Mthethwa said.

“As we continue to mourn, the Department of Sport, Arts and Culture equally shares the pain of losing another talented narrator of our African identity and curator of formidable brands – Mr Mzwandile Wandi Nzimande, or DJ1D, as he became popularly known.”

Get the latest in African news delivered straight to your inbox

We need to confirm your email address.

To complete the process, please follow the instructions in the email we just sent you.

There was a problem processing your submission. Please try again later.

“Wandi’s love for the industry will continue to set him apart for generations to come. His zeal for wanting to make a difference by opening doors for young talent, bears testimony to his investment in seeing many participants contribute to the growth of our culture. Many established South African brands of today have him to thank.”

Furthermore, the nation mourns the passing of renowned Broadcaster, Kabelo “KB” Molopyane, whose illustrious career dates back to 1996 and became most prominent when he joined Motsweding FM.

His meaningful contribution to the arts will continue to impact many personally and professionally.

Art Criticism as a Way to Live 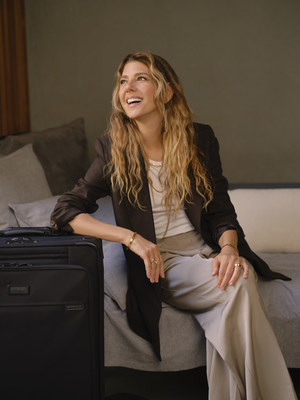