San Pedro High School art teacher, Jay Davis, was mixing orange paint as he determined how he was going to layer the colors of the emerging octopus design, passersby (pedestrians, and motorists alike) praised Davis and his work crew which included his girlfriend Emyline Mascari and her daughter Mari.

“I love your octopus,” a passenger in a passing vehicle said. Then with a raised fist, she said, “Art lives!”

Davis was happy with the positive response the emerging work was receiving.

The Port of Los Angeles and the Los Angeles Department of Cultural Affairs via the San Pedro Waterfront Arts District funded a grant that would that would decorate the storm drain on Mesa at 5th and 6th Streets. San Pedro High School art teacher, Jay Davis and his team of two won the commission. Davis’ application was one of 25 applications submitted to decorate the storm drains and utility boxes around downtown San Pedro. The $1,100 grants covered class materials and supplies. The sites are scheduled to stay up for the next 10 years. The digital media artist said he hopes to add some color to this space.

Davis explained that due to logistical issues caused by COVID, student involvement in the storm drain artwork has been limited to brainstorming sessions and discussions about San Pedro’s local culture and cultural references to determine the final design.

“I told them, ‘you live in the neighborhood… you’re going to walk by it. What do you want to see? This is about you,’” Davis said. “I put the word out to paint together, but with a pandemic and in the summer, it kind of interrupts our ability to paint together.”

His students suggested he include the Three-Eyed-Fish. But aware of the mutant fish’s complicated trademark and copyright history he ruled against it. Davis noted that during the time he was engaging his students about the octopus as part of the design, a peer in the art collective to which he belonged, Zapantera Negra, offered some pushback noting that the octopus has historically been associated with negative connotations such as imperialism.

Indeed the oldest local reference to the octopus is the railroad magnate Collis Huntington who fought the Los Angeles free harbor movement in favor of his own privately owned harbor in Santa Monica. Newspaper articles in the late 19th and early 20th centuries frequently referred to Huntington’s Southern Pacific Railroad as the octopus.

The reference was picked up from the Frank Norris novel, The Octopus, which was based on the 1880 Mussel Slough Tragedy, which involved a bloody conflict between ranchers and Deputy U.S. Marshals defending the Southern Pacific Railroad. The octopus’ tentacles became an apt metaphor for the railroad’s powerful tentacles into American life.

Today’s octopus references are relatively Disneyfied and more informed by National Geographic than the harbingers of doom in the ocean deep.

Still, Davis gets that public art must always be visually and physically accessible to the general public even if his particular preference is for art that represents racial and labor solidarity.

The Filipino American artist is a part of the Zapatista Art Collective called Zapantera Negra, a progressive art collective. In the early 2000s, the former Minister of Culture of the Black Panther Party, Emory Douglas accepted an invitation from the art collective EDELO (En Donde Era la ONU or ‘where the United Nations used to be’) and Rigo 23 to meet with autonomous Indigenous and Zapatista communities in Chiapas, Mexico. Zapantera Negra, its founders proclaim, “unites the bold aesthetics, revolutionary dreams, and dignified declarations of two leading movements that redefine emancipatory politics in the 20th and 21st centuries.

Davis went to Chiapas to paint in 2014 and was welcomed into their fold. When he joined, he suggested opening a chapter in Los Angeles (Zapantera Negra is based in Oakland). Davis hoped the collective would be able to get on LA’s Cultural Affairs Department roster, given the illustrious and lengthy resumes of Douglas, Rigo23 and three other founding members of Zapantera Negra. The DCA apparently agreed.

Mangaoang is a Filipino ILWU leader whom the U.S. government persecuted during the Red Scare and attempted to deport despite Mangaoang’s status as a natural U.S. citizen. He was jailed at Terminal Island while the U.S. Supreme Court ruled on his cas. It was an important victory against political persecutions of the era.

But the arts committee tasked with evaluating the proposals (apanel filled with local civic leaders not a part of the San Pedro Arts District board), wasn’t receptive to Zapantera’s entry, if not downright hostile.

Davis recalled hearing one of the panel members musing whether San Pedro was“ready for this kind of nostalgia.”

“We were trying to uplift marginalized stories. Hollywood does not represent LA’s realities,” Davis explained. “I know that as a school teacher. I know that there are 90 languages spoken in the schools, but we don’t see that in Hollywood. So I tried to use the design as a way to elevate those voices.”

The mural that won the commission is the one we see today on the side of the Warner Grand, The Song She Sings, by multimedia artist Kent Yoshimura of San Pedro. Yoshimura, who grew up in San Pedro and got his start training at Angels Gate Cultural Center, said the design attempts to capture “those beautiful moments of childhood when you listen to a song for the first time or when you see a play or a movie for the first time and be able to embed that into the wall.”

Davis said that he and his students hope to give the mural a home at the Olguin campus of San Pedro High School.

But if it doesn’t happen there, it will have a home at his alma mater Narbonne High where it would be protected for 25 years.

Though Davis said he submitted the proposal knowing that it would possibly be met with resistance from San Pedro decision makers, he thought it would be beautiful to honor the indigenous and marginalized communities in the Harbor Area. For generations of San Pedrans who have picked up mail at the Beacon Street post office or who have attended San Pedro High School, it’s not a brand new experience encountering such art. But then again, when such art is only seen in the school library or the post office , it’s no wonder that expressions of social solidarity, multiculturalism and local identity would be viewed as nostalgic. 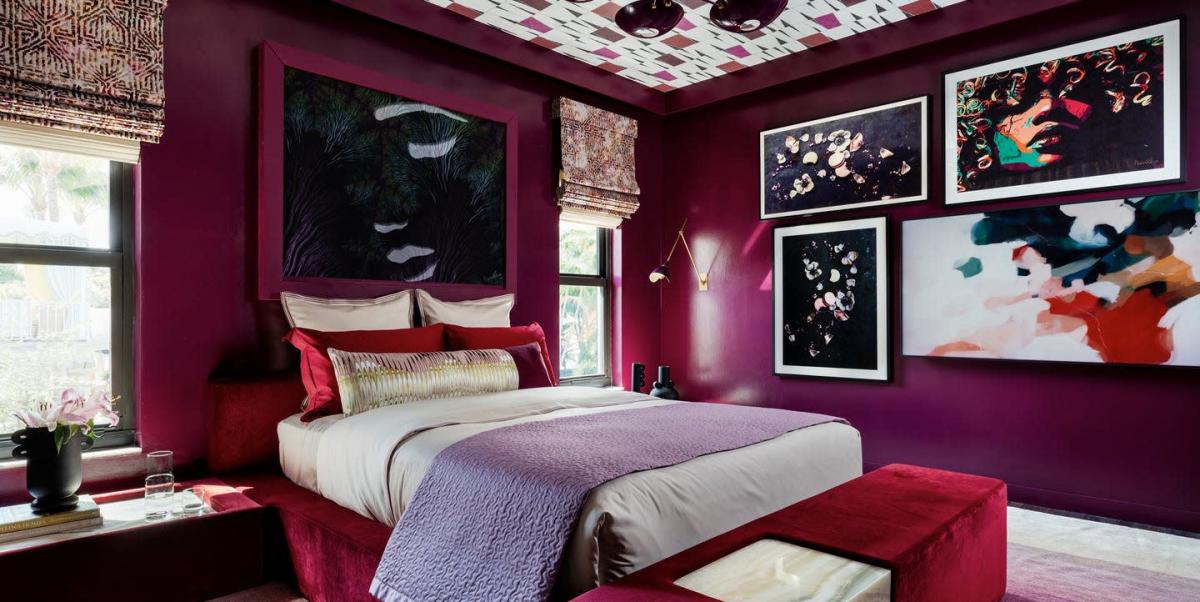 Are NFTs the Future of Art Collecting? Here’s How the Design Industry Is Embracing the Cutting-Edge Technology ON the Beat | Opera Time In and Out of the Academy