Why is Ukraine the epicenter of this war?

Ukraine is a country with an abundance of rich and complex historical events. Until the late 20th century, the country was dominated by Poland, Lithuania, and Russia and was a member of the Soviet Union, known as the Ukrainian Soviet Specialist Republic. In 1990, the Soviet Union began to fall apart, urging Ukraine to take action and declare sovereignty and independence shortly after.

The declaration was highly favored by all, and after years of domination, their wishes were granted in a plebiscite. As of December 1991, Ukraine was an independent country and contributed to the formation of the Commonwealth of Independent States – an association of countries that were once part of the Soviet Union.

Following their independence, Ukraine dissolved the communist parties present in the country and developed its infrastructure.

The country was viewed as having the most incredible chance of building a prosperous economy and integrating with Europe. Ukraine experienced some issues, unfortunately, and the economy took an unlikely blow. However, the country continued to develop itself further into the thriving, independent country it is today.

Depressing effects due to an unfortunate event are spiraling through Ukraine. Many Ukrainians are suffering under the conditions they were forced into, lack of shelter, access to food, and even bare necessities. Numerous civilians are traveling for painfully long hours to seek refuge in neighboring countries, most of which welcome them with open arms. Several Ukrainians across the globe watching the abominable blows to their country’s infrastructure be destroyed. The aggression from Russia toward this country is sad to see. Our hearts stand with all those who are affected by the situation.

Russia justifies its acts by the “need to protect the people of Ukraine”, and “aim for demilitarization and de-Nazification”.

These arguments are incredibly unjust, as Ukraine is a prosperous country with a Jewish president. Despite the reasoning, these aggressive advances into Ukrainian territory are taking a significant toll on many innocent lives.

What can you do through Victory Art?

Victory Art currently hosts artworks from seven brilliant Ukrainian artists. The current situation has urged them to do all that they can to help those within their community directly affected by this tragic occurrence.

It has been decided that 100% of the profit from the art sales will be given to the artists to assist their friends, family, and ultimately their mental health.

Victory Art is seeking to spread awareness regarding this campaign with fellow art lovers to provide support in the best ways possible.

Go here to learn how to purchase and donate >

The following are all Victory Art amazing artists from Ukraine:

Alina Shevelina, a landscape painter with nature as the most prominent theme of her work. This piece is entitled “Seascape”.

Katerina Pyatakova is a landscape painter who makes use of impressionism in her work creating whimsical pieces of art. The title of this pink-hued piece is “Way to Home”.

The title of this piece is “In with Both Feet” by Konstantin Lyzogub, another talented artist. His pieces are inspired by his personal experiences. His works of art are truly inspiring and depict human feelings and fears.

Sophia de Beo gives a modern take on her artwork, using intriguing colors of acrylic paint blended seamlessly to create a great piece to have in an interior. This warm and cool-toned contrasting painting is “Summer Lunch”- extremely fitting for the piece.

Tanya Bilous states that she “projects her emotional state onto the canvas” highlighting her passion for art. She makes use of various styles and techniques and most of her work can is modern art. The title of this beautiful piece is “Energy I.”

Tetiana Mokrik is a full-time artist committed to her passion for painting. She focuses on abstract art and has stated that it assists her with expressing her emotions with others, without the need for words. This piece is “Happy With You II”.

Lastly, and certainly not least, is Yulia Paliy, an abstract artist using ink as the dominant medium in her work. Her love for new and unique things has urged her to produce the art she creates. 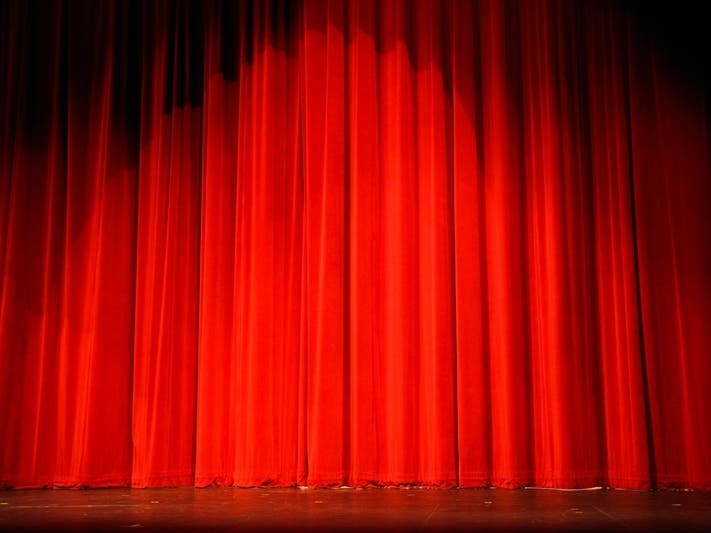