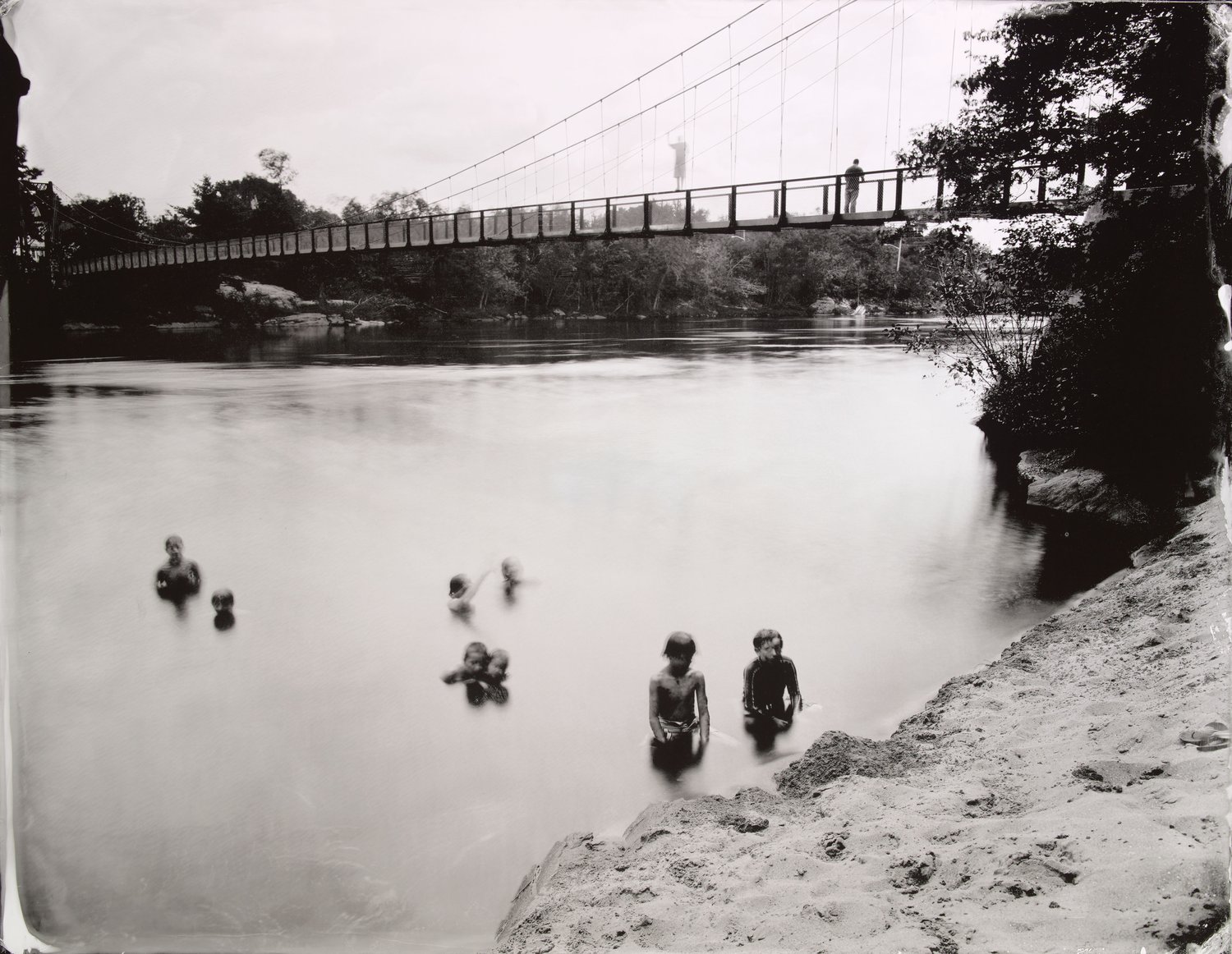 Michael Kolster’s (born 1963) Take Me to the River series, supported by a prestigious Guggenheim Fellowship, documents four “unsung” American river ways—the Androscoggin, Schuylkill, James, and Savannah—to visualize their ecological transformations since the passage of the Clean Water Act of 1972. His pictures demonstrate how waters and shores once made uninhabitable by rampant pollution have emerged from centuries of industrial abuse and neglect. Using the ambrotype process, which necessitates a glass plate negative and requires a prolonged exposure time, Kolster firmly situates his work within the history of photography. In Swimmers, Swinging Bridge, Topsham, Maine, 2012, the long exposure time is apparent in the blurred figures in the water, the seeming soft surface of the moving river, and the faint figures on the bridge. Yet the sand in the lower right foreground, which would have remained perfectly still, is captured with the utmost clarity.

Following the rivers’ paths, Kolster’s photographs reveal renewed ecologies and changing relationships to nature and its resources in the American psyche. Unlike the Mississippi, Missouri, Hudson, or Colorado Rivers, the four rivers he chose have not been the focus of transnational American mythmaking in the history of art but rather local focal points for communities in New Hampshire, Maine, Pennsylvania, South Carolina, and Georgia. These rivers powered industrial development on their banks and drove the economies of countless towns from the 19th century well into the 20th century. Though the income improved many people’s material lives, the stench and decay of the deteriorating river depleted the local quality of life. Industrial waste from papermills along the Androscoggin, for example, devastated the river waters, its animal life, and ecology.

There are a number of historical precedents for Kolster’s project. The last two centuries have seen the photographic representation of rivers as sites not only of industrial development and settler colonialism but also their use as symbols of national pride and sources of nostalgia. Édouard Baldus (1813–1889) photographed growing development along the Seine to celebrate Queen Victoria’s historic visit to France; an album was compiled and given to her as a form of soft diplomacy and national posturing. In the United States, Timothy O’Sullivan (1840–1882) traveled with U.S. government surveyors on the treacherous waters of the Colorado building upon the notions of American exploration and discovery, as the surrounding land was being violently cleared of Indigenous communities and opened to White settlers. Meanwhile, Robert Adams (born 1937) commemorated the country’s bicentennial by retracing Lewis and Clark’s path along the Missouri and Columbia rivers. Though his work is steeped in these photographic traditions, what sets Kolster’s Take Me to the River series apart is that he has chosen exclusively smaller, lesser-known rivers to record their renewed beauty as much as their importance to the formation of local histories and futures. [Anjuli Lebowitz] 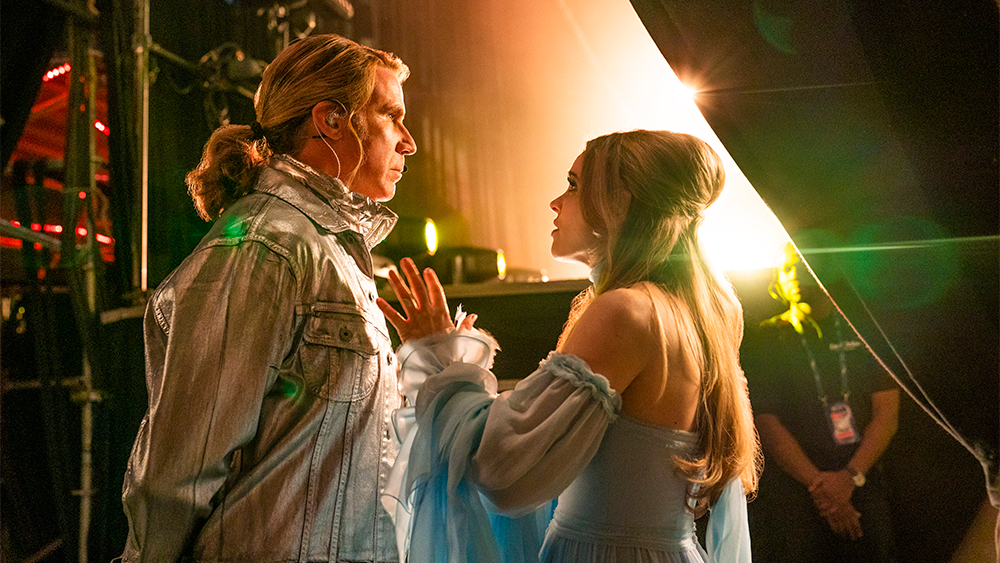 Songwriter Savan Kotecha on Playing It Straight for ‘Eurovision’ Songs