The Best Streaming Services for Entertainment and More in 2021 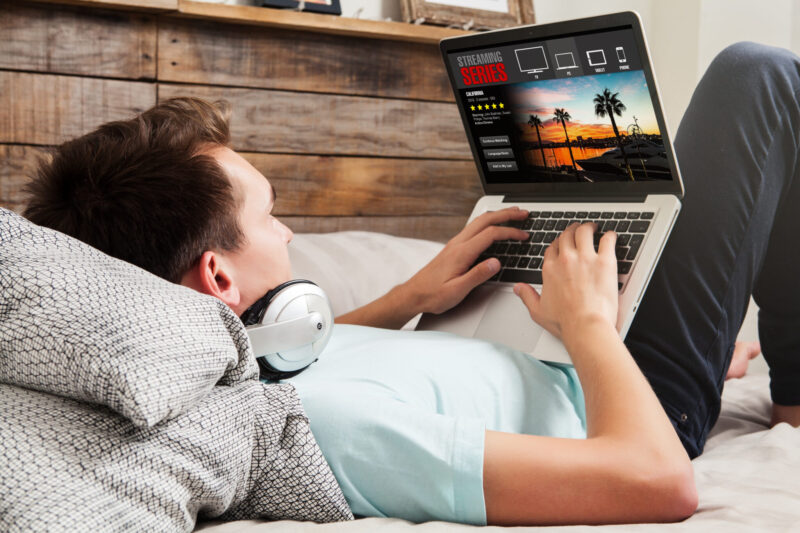 If you’re like a lot of people, the last year of lockdowns increased your digital entertainment viewing exponentially. A common 2020 joke was that you had run out of things to watch on Netflix. With the pandemic still raging, we’re all in desperate need of new entertainment outlets beyond the usual suspects like Hulu, Amazon Prime, and Netflix. Thankfully, there is a wide range of niche streaming services ready to be your new quarantine companion. Here are a few to keep in mind for when you transition from your daytime pajamas to evening pajamas.

If you’re missing international travel, curl up with a cuppa of tea and binge to your heart’s content on all things British on BritBox. What sets BritBox apart from competitors like Acorn TV is its ability to stream shows within hours of their British premiers. Popular programs include Absolutely Fabulous and Mrs. Brown’s Boys. The service is priced at $6.99/month or $69.99/year.

If you relish ending your day with programming that makes it hard to sleep at night, horror streaming service Shudder. Owned by AMC the killer content includes horror, thriller, and suspense programming from classics like Halloween to exclusive shows like Nicolas Cage’s Color out of Space. The service costs $4.75/month.

The way to the heart is through the stomach and with Food Network Kitchen you can binge on baking and cooking to your heart’s content. In addition to your favorite shows, subscribers also have access to cooking classes, meal planning tools, and live Q&A talks with Food Network celebrities. The price is a bit ambiguous claiming to be “less than $1/week.”

The Hulu of fitness streaming services, Peloton offers robust programming that doesn’t require that you own their bike to partake in. Classes include spin, but also options like strength, yoga, cardio, and boot camp. There are live streaming classes and you can choose a class based on difficulty, length or equipment needed. The service costs $13/month.

For fans of indie movies and series, Sundance Now is the place to turn. The streaming service focuses on unique movies and shows across many genres. Try dramas like Riviera or thrillers like Cheat. Monthly subscriptions are $6.99 and annual plans are $59.99

Unlike many streaming services, Crackle is free, although you’ll have to put up with advertisements. The service is an extension of Sony studios. There are about 200 options for your viewing pleasure including classic movies like Stir Crazy and iconic TV shows like Seinfeld.

Crack open a bottle of Bordeaux and stream the best wine and food content on Somm TV. Oenophiles and gourmands will relish movies like Somm, series like Blind Tasting Session and documentaries like A Closer Look at The Right Bank.

Lack of travel got you down? Go around the world with MHz Choice and its plethora of international programs. While they all include English subtitles the shows can also be used as a tool for language learners. Selections include programs from France, Spain, Norway and more.  Subscriptions are $7.99/month or $89.99 annually.

This content is brought to you by Jamie Ann.

Art Criticism as a Way to Live