FoldHaus is a San Francisco-based art collective that builds large-scale, interactive sculptures at the intersection of art, engineering and technology. Inspired by nature, they draw upon the distinctive folding patterns of origami for their pieces.

Co-founders Jesse Silver, a chief product officer at Headspace, and Joerg Student, as well as the collective’s members, are all volunteers with day jobs. Many of them used to work at the design firm IDEO.

Fascinated by the unique, large-scale installations at Burning Man, IDEO’s creative engineers began brainstorming ideas of their own. Since then, FoldHaus’ transformative sculptures, which include blossoming Blumen Lumen, mushroomlike Shrumen Lumen and five-story Radiolumia sphere, have all graced the Burning Man Playa. Now Silver is sharing the backstory.

Q Can you tell us about your first Burning Man experience?

Silver: My first Burning Man experience happened years and years before we started making art for it — 2006 or 2007. I had friends that went, and what they told me didn’t really sound that appealing. I don’t love crowds. I don’t really go to festivals. I’m not a big partier. But then I got there, and I realized I could make it all about seeing these crazy things that people make.

This sounds really cliche, but my mind really was blown by it. Just the fact that it’s a blank canvas; it’s just an endless desert. There’s no stands set up by some cell phone company, and there’re no vendors of any kind. I think it is that blank-canvas aspect that gets people to make these crazy, weird things. A gallery is very constraining in the physical size of the space and the atmosphere. Even the mode in which people will engage with the work will be set by the fact that you put it on a white wall and make people buy a ticket. Burning Man is a really cool space to make large scale, crazy art that doesn’t really have a home anywhere else.

Q Why did you choose origami as a foundation for your pieces?

Silver: A lot of credit goes to Joerg. He had done some work in grad school on pop-up emergency shelters. (They) could essentially drop from the back of a truck or helicopter — folded and compressed into a really flat thing.

Student: (It was) my final thesis project at the Royal College of Art in London –  a concept for a collapsible shelter that could be rapidly deployed in disaster situations. When sharing the work with some colleagues at IDEO, they told me I should bring it to Burning Man. Shade is the most important feature on a shelter there, (so) I redesigned it a few years later when I went to my first Burn: open on the sides and covered above. The shelter became our camp centerpiece for the years that followed. People who saw it in our camp suggested bringing it or something similar to the open Playa for everyone to see.

Q Your art pieces are largely interactive. Why is that important to you?

Student: All the designs start with paper, and one thing that we realized when playing with the paper model was that motion would be the coolest feature to have with large-scale origami. So Jesse and I and a few other friends from IDEO decided to design and engineer the giant interactive flowers called Blumen Lumen.

Silver: People like to be a part of the art, have a new environment created for them. Instead of our pieces operating on a timer, we’ve played with things that are human or environment interactive. The mushroom pieces have these footpads in the ground you can step on. We stayed there for days watching people figure out how to interact with them. We want to reward the people who slow down and take a moment and explore. You could see people who did that and would be like, “Oh my god, it’s moving!”

Q: You and Joerg have day jobs, yes?

Silver: Both of us do, yes. While there’s a core group of four or five of us who initiate the work at FoldHaus and usually come up with the designs, each thing we do usually takes between 10 and 50 volunteers to get done. It’s just like weekend after weekend after weekend. You have people come with their kids and make little assemblies. People solder and make cables. But we’re all volunteers, and all of us have things we do as our main job.

On one hand, (FoldHaus is) like a hobby that takes a lot of time and doesn’t pay anything. On the other hand, we get to draw something like this five-story, spiky ball with a moving outer skin and we’re like –yeah, let’s just make that. If we’re lucky, we show it enough times or sell it, and it kind of pays for itself. All the money from showings goes into a bank account, and we pull the money right back out and make something else.

Q What’s your number one piece of advice for aspiring artists?

Silver: Legitimately believe in your point of view and make stuff that you legitimately think should exist in the world. I would ignore as much as possible the commercial part of it and the “but who is this for?” part of it.

This isn’t my favorite question because that’s the most entitled answer I could possibly give. I know well and good you cannot do this stuff without paying for it. On the other hand, we wouldn’t have made any of this stuff if at the beginning, we were like, do people really want an origami flower or an origami mushroom that’s 12 feet tall? No, nobody does! We just wanted to make something. None of us, to be honest, even wanted to be artists. We’re always a little surprised when anybody calls us that, because we’re like, we just make things!

Jesse’s Recs: Four artists you should check out next 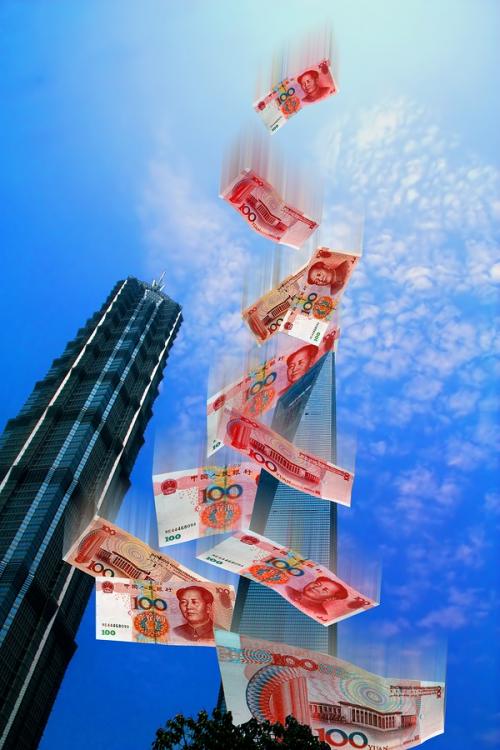