This summer, cool down with some art and culture

Got a lazy summer day you’re looking to fill? Personally, I’d go to the beach. Summer is far too fleeting in these northern climes.

But if it’s culture you’re after, I’d start the morning in the Seaport with a cortado and a Jerusalem bagel at Tatte Bakery & Cafe, then hop on the boat to the Institute of Contemporary Art’s summer special, the Watershed, before the sun gets too high. It’s across the harbor in East Boston, an old shipbuilding factory hollowed out and cleaned up in 2018 for the ICA’s annual summer fancy. This year’s offering is a group show, “Revival: Material and Monumental Forms” (through Sept. 5, www.icaboston.org), loosely about creative reuse. The dots don’t always connect, but several pieces will have you lingering, and not only for the cool shade the space provides; Ibrahim Mahama’s colossal mashup of hundreds of kits used by shoe-shiners in Ghana is intimate, monumental, and captivating.

Soak up the sea breeze on the way back across the harbor and file it away in your easy-access memory. It’s about to get hot, and you’re going across the bridge on foot to peruse the many public art offerings downtown. Near Faneuil Hall, the local public art agency Now + There has just unveiled Juan Obando’s “Summer Sets” (through Aug. 18, www.nowandthere.org), a false façade of the hall at Dock Square that will obscure the stoic bronze of Samuel Adams. It should serve the dual purpose of annoying traditionalists and confusing tourists, both worthy goals on their own. More importantly, the project reconfigures familiar space by introducing absence, asking what collective memory really is, and why it matters.

From there, you can wander back down to the Greenway, where the big deal is “Breathe Life Together,” Rob “ProBlak” Gibbs’s mural for Dewey Square (www.rosekennedygreenway.org). The wall might be the city’s best showcase for a muralist, and it’s usually reserved for one international superstar or another, which has also been its problem. Too often, murals here have had nothing to do with the city, the space, or anything else within eyeshot. Case in point: Super A’s brilliantly painted but generic 2019 image there of two birds, one breaking free of a glass cage — a vague comment on environmental disaster? — was just blandly universal enough to be meaningless.

Gibbs, a former Roxbury kid who’s now raising his own daughter in the neighborhood, was never in danger of any such disconnect. She’s up there on the wall three stories high and with a boombox, making the piece an ode to the Boston he has always known and never stops trying to love. Gibbs is the first Black local artist to be given the Dewey Square commission, and only the second artist from here (Daniel Gordon, last year, was first, though he’s long since decamped to New York). Whatever the case, isn’t this what public art is for — to give a place the chance to not only see itself, but feel worthy of its own attentions? For years, the wall, with its roster of globetrotting talent, felt like a self-esteem problem. Finally, Dewey Square feels like Boston.

Now it really is hot, and you’ll need to find some air-conditioned comfort. Hop the Orange Line from Chinatown to Ruggles and seek refuge in the cool bliss of the Museum of Fine Arts, where getting as lost as you can on a baking-hot day is pure pleasure. For a more directed wander, I’d recommend “Philip Guston Now” (through Sept. 11, www.mfa.org), the first retrospective of the great American painter-activist — there, I said it — in a generation. It makes a step-by-step case for his arrival at career’s end at his most powerful, disturbing work: a series of ghastly-cartoonish white-hooded Klansmen stuck in everyday drudgeries. It’s more steeling than inspiring, I’ll say that. But if there’s a more essential American artist than Guston, I don’t know him, her, or them.

A short stroll around the bottom of the Back Bay Fens will take you to the Isabella Stewart Gardner Museum, which is as famous for its missing Rembrandts as the ones it still has. The museum recently completed a renovation of its Titian Room, the permanent home of the Gardner’s most-prized possession, “The Rape of Europa,” recently returned from its world tour. Gone is the murky darkness, replaced with state-of-the-art lighting, the better to see the newly restored masterpiece in fine detail.

The Gardner is famously unchanging, at least in the Venetian palazzo that was its original home (and home to its patron, who decreed it). In its airy new edition, shows come and go, and the Gardner’s summer offering, “Drawing the Curtain: Maurice Sendak’s Designs for Opera and Ballet” (through Sept. 11, www.gardnermuseum.org) is a look at the beloved children’s author and illustrator through his other passion, the stage. But you’ll find wild things all the same, never fear — his most famous story was adapted for opera in the 1980s. While you’re here, it’s a breeze to cross the park and stop in at the MassArt Art Museum (www.maam.massart.edu), where Joana Vasconcelos’s giant fabric sculpture “Valkyrie Mumbet” will continue to tower until the end of the year. “Designing Motherhood,” which opened at the museum more recently, is a revealing look at caregiving through art and design (through Dec. 18).

You’re now standing not even a block away from the Green Line, which to me means North Station, which means the North Shore, which means the sea and sand of Cape Ann and a summer picnic on the beach. Why not ride to Ipswich and catch the last hour of the Ipswich Museum’s memorial exhibition “Celebrating the Art & Life of Arthur Wesley Dow” (through October, www.ipswichmuseum.org), in honor of the town’s artistic patron saint? Grab provisions at Coastal Greengrocer and hop the shuttle down Argilla Road, through the forest and marsh Dow loved, to arrive at Crane Beach for a quick swim before sunset. That’s a cultural excursion made for summer.

What is the Scariest Thing you Face as an Artist? | Overcoming Your Fears 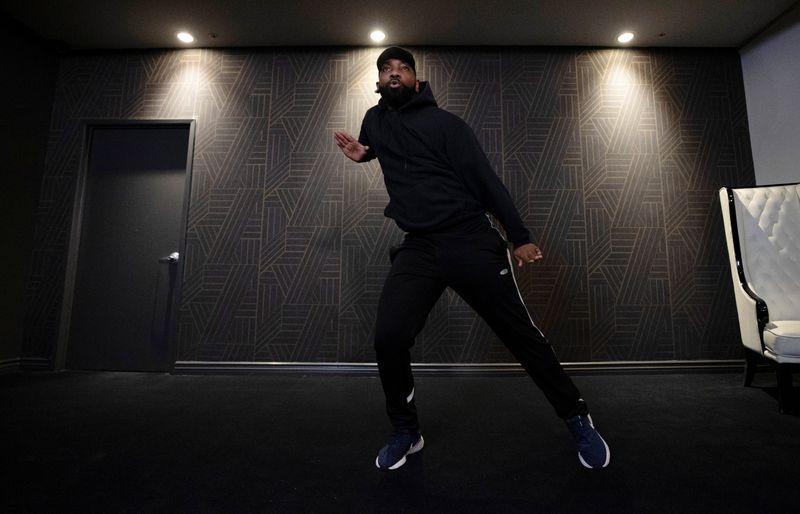 A Diy Home Improvement Guide For The Not So Handyman