GGA Gallery at the Wynwood Walls proudly presents UK artist Dan Kitchener’s first solo show in the United States: Tokyo Rain. The exhibition debuted to the public on Friday, May 20, 2022, Kitchener (also known as DANK) will present a collection of never-before-seen works that include source photography, sketchbooks, drawings and spellbinding large scale paintings. This range of work highlights Kitchener’s expert draftsmanship and deft freehand spray paint techniques that demonstrate the fascinating genesis from photograph to sketch to painting.

Although Tokyo Rain is Kitchener’s first solo show in the U.S. and at GGA Gallery, viewers may recognize his work from his huge mural painted inside the Wynwood Walls in 2019. It remains one of the most photographed and engaging murals inside the museum walls.

A painting by Dan Kitchener often starts with a photograph he’s taken from a moment in his real life. The title of the show, Tokyo Rain, invokes a common scene Kitchener finds himself in: in the middle of the night, as rain pours down, he stands still as the city scurries around him, running for cover from the storm. What eventually translates to canvas is an ethereal snapshot of that moment in time. He captures that kinetic energy with saturated colors, blurred lines and epic scale seemingly impossibly through the nozzle of a spray can.

Throughout his whole life, Kitchener has absorbed Japanese culture from black and white samurai films, Godzilla and monster movies, manga and even typography. These influences form Kitchener’s otherworldly, cinematic style. This deep respect and fascination continues as Kitchener travels to new places around the globe. His travels now span dozens of cities and are remembered through hundreds of murals left behind.

Dan Kitchener and GGA curator Peter Tunney have worked closely together over the last year to put together this astounding survey of DANKs work. Although it’s hard to believe, Kitchener uses almost entirely spray paint to create his signature works. The exhibition depicts scenes from Shinjuku, Shibuya, Akihabara, New York City, London and beyond. Tokyo Rain will be open to the public May 20, 2022 through July 2022.

Dan Kitchener is a British artist based in London, who is known for his technique of freehand spray paint on the walls of renowned cities all over the world. From New York City, Moscow, Tokyo, Hong Kong to Kazakhstan, Canada, and Europe, his enormous colorful murals depict street scenes and rainy night cityscapes, bringing light, color and energy to these environments. With a focus on lighting, his artworks have an impressionistic quality, providing the viewer with scenes that resonate with everyone who has ever walked in a city at night. Being a major part of the street art/mural scene since the start of the movement for nearly 16 years, Dan Kitchener’s popularity continues to skyrocket, working with notable celebrities such as Kylie Jenner, Miley Cyrus, Sir Paul McCartney and Lenny Kravitz. He has worked his way around the world becoming one of the leading figures in the street art world, creating a lasting impact on cities one mural at a time. 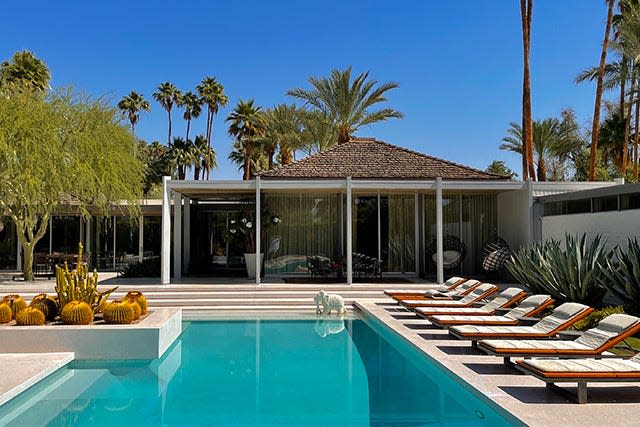 Exquisite Abernathy House was center of music, art and culture in Palm Springs 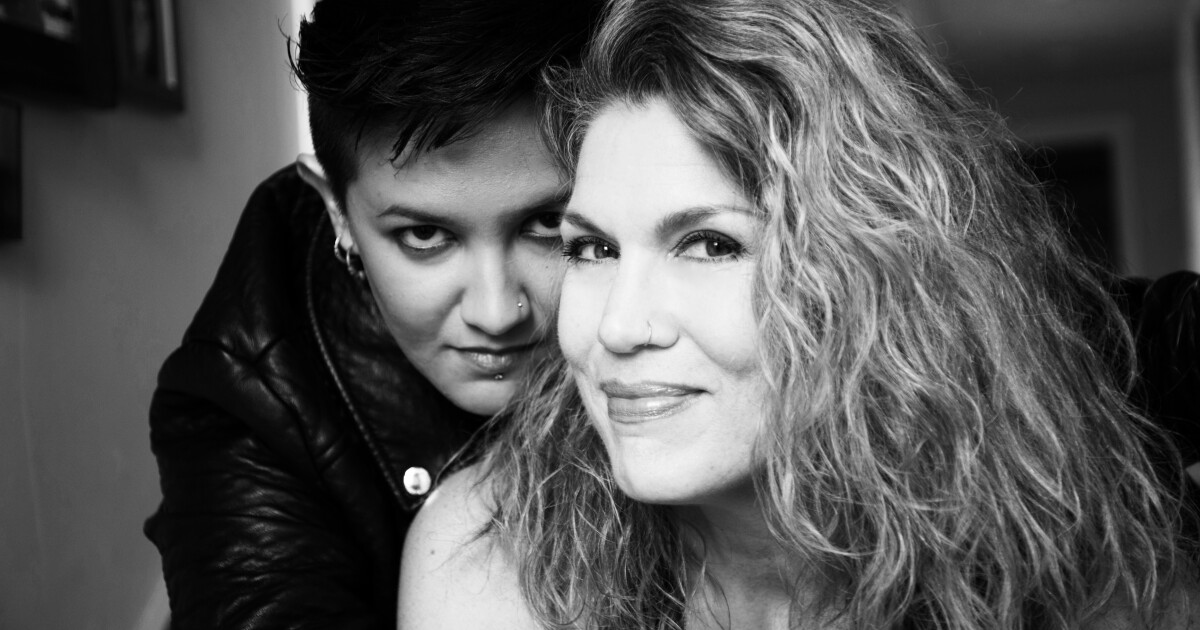