Gender inequality across the theatre industry is of rising concern and likely to grow in the aftermath of the Covid-19 pandemic if it is not urgently addressed, warns a report published on Wednesday.

The Women in Theatre Forum Report collates research from multiple organisations to reveal sustained levels of inequality for women. It warns that underrepresentation needs to “be taken seriously” and urges the government’s Cultural Renewal Taskforce and Arts Council England (ACE) to rethink their strategies on tackling gender disparity.

The report flags up the underrepresentation of women on the Cultural Renewal Taskforce, which is responsible for supporting the culture sector in the pandemic. “Zero leadership positions are occupied by women, with only three women on the taskforce as a whole,” it states. To address this imbalance, seven prominent figures including actor Maureen Beattie, president of Equity; the artistic directors Sue Parrish and Brigid Larmour; and Julia Pascal, the first woman to direct a play at the National Theatre, wrote to the culture secretary, Oliver Dowden, last June but say they received no reply. Two months later, they approached Neil Mendoza, the government’s Commissioner for Cultural Recovery and Renewal, through a third party, to discuss their findings about gender inequalities in the arts. Mendoza, who had engaged with previous reports from the group, responded by saying he did not have time.

The report is a wide-ranging collaboration between Sphinx Theatre, University Women in the Arts and December Group in partnership with trade unions Equity and Writers’ Guild of Great Britain, alongside Black Womxn in Theatre, Stage Directors UK, Era 50:50 and Parents and Carers in Performing Arts (Pipa).

Parrish, the artistic director of Sphinx, called the taskforce’s gender imbalance “disgraceful”. “They could be seizing the opportunity for new pathways to be set and to represent all of culture and society,” she said, “but they have failed. It’s astonishing a government taskforce could be so behind the curve and we will certainly be pursuing them.”

A DCMS spokesperson said: “We are completely committed to ensuring a diverse and inclusive cultural sector and have been speaking with women from a broad range of cultural organisations throughout the pandemic to help understand the impact on the industry.”

The report’s findings range from the unfair burden of care falling on female performers – eight out of 10 women are forced to turn down work due to parenting or caring responsibilities – to the lack of female leadership in theatre and imbalances in film, where 16% of working film-makers are female, and 14% of prime-time TV is written by women. In some instances, research shows that little had improved for women in the creative arts over the past decade.

Equity found that 72% of female performers felt pressured to “look a particular way” in order to get work in comparison with 28% of male performers, while Stage Directors UK reported cases of inappropriate physical intimacy and the intimidation of female members of a company as well as bullying of female directors and “ghosting” of women returning to work from raising children.

There were complaints from trans women of being undermined in the rehearsal room, about female directors being paid less for the same work than men, university students being sent on placements with known predatory males and told not to wear anything too revealing by their lecturers, and female directors needing counselling after abuse in work situations.

“I started at Equity in 1971 and I’m fighting the same battles now as I faced then,” said Beattie. “It is endemic that women are under more scrutiny and are seen as not quite as good. It’s the same sexism. It has improved but it hasn’t gone away.” She felt that the report brought together powerful evidence that action had to be taken. “If people ignore this now then I don’t know what we are going to do next. We are subjected to lots of nodding and smiling but it leads to nothing. We need action.”

Parrish said that while there had been some improvements over the years, particularly in the representation of female playwrights, their work was often confined to studio spaces rather than given the main stage. She also cited the lack of female artistic directors at the helm of the nation’s biggest venues. “These people are the gatekeepers who choose the programmes that define culture.”

The report’s author, Jennifer Tuckett, who conducted research for Sphinx Theatre and University Women in the Arts at Cambridge University, also highlighted the omission of women as an underrepresented group in the Arts Council’s 10-year strategy, published in 2020, which pledged to meet the needs of those from lower socio-economic backgrounds, D/deaf or disabled people, and black, Asian and minority ethnic (BAME) communities. “Our research has found zero references to women and gender inequality in the body of the Arts Council’s next 10-year strategy,” writes Tuckett, adding that there are only fleeting mentions of women at the beginning and end of the plan. “This suggests gender inequality is not being considered equally alongside other areas of underrepresentation.”

Parrish said that in a meeting with ACE last year, she got the impression that the arts body felt that “the woman problem had been done”, while Beattie added: “We have issued a public challenge to ACE. We are putting them and the industry on notice.”

But Nicholas Serota, ACE’s chair, said the strategy did take sex into account and added that its “delivery plan”, launching this March, would acknowledge it explicitly. “Judge us on what we say in our delivery plan which sets out our targets for the next 12 months … I am absolutely certain we want to make a reference to women, for the avoidance of any doubt,” he said.

He welcomed the report and said its findings on the pressures of childcare, the effects of career breaks and the lack of parity in leadership and on boards drew attention to continuing gender inequalities. “I think the work they have done helps to draw attention to these issues.” While gains had been made for women in the arts, he added, “there is absolutely no complacency about that progress and we need to go further.”

The report states that women have been hit particularly hard by the pandemic, contending with greater childcare responsibilities and caring roles than their male counterparts. April De Angelis, a playwright whose recent adaptation, My Brilliant Friend, was staged at the National Theatre, said “What’s clear [from the report] is that women are not seen as ‘safe box office’ and it makes me think: are they going to be more excluded after the pandemic?

“I keep hearing how things have improved for women in theatre, and that it’s not a problem but the reality is that only 35% of new playwrights are women and 20% of adaptations are given to women. We get lulled into thinking that it’s much better, but this report reminds us that we should not be satisfied with these [unequal] figures. It’s ridiculous.” 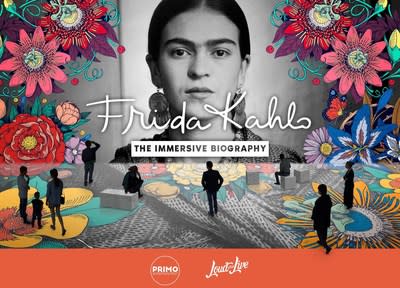 An epic retelling of an interesting chapter from Maratha history