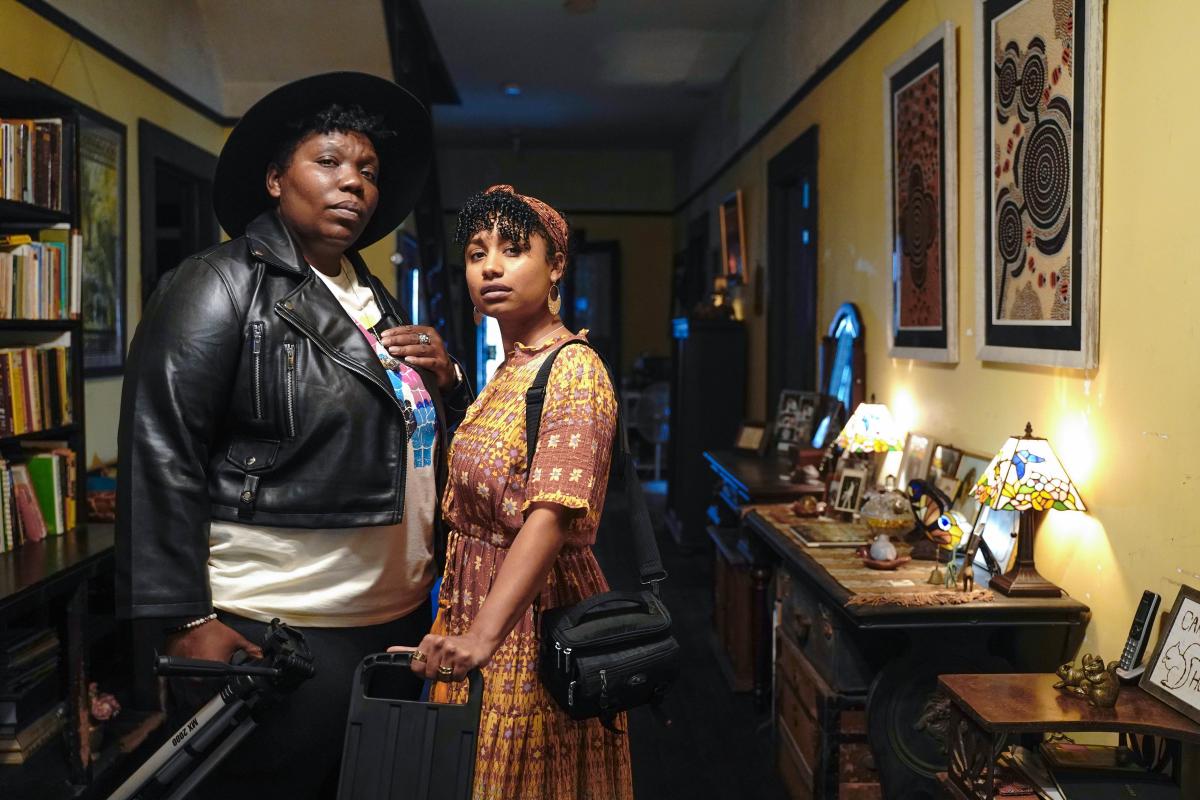 The supernatural plays a significant role in Rosa Fernandez’s new play, “The Skeptic and the Bruja,” which will receive its world premiere April 1 at Urbanite Theatre.

The play tells the story of Priscilla, who buys an old house in the middle of nowhere with the idea of turning it into a lucrative bed-and-breakfast. When mysterious things begin to happen, she calls in the hosts of a ghost-hunting show to investigate. None of the women is prepared for what happens next.

The play will be directed by Patrice Amon, who like Fernandez is part of the LatinX community. The show’s title sums up the pair’s individual beliefs about the paranormal world.

“Bruja” is a Spanish word that roughly translates as “witch,” but the role that brujas and the paranormal play in the production is broader than that. The “bruja” has many definitions and roles within the Afro-Cuban, LatinX and indigenous populations of Central and South America. Sometimes it’s a negative connotation, sometimes positive, but always connecting the physical and metaphysical worlds.

And, said Amon, awareness of paranormal activity is “an attentiveness to the presence of our ancestors in our daily lives. Our ancestors aren’t things for us to be scared of. They are there to guide us and protect us. They loved us in life and they love us after their lives have transitioned.”

The audience will be seated within the haunted house itself, said Amon. “Gosh, it’s going to be so spooky. There’s going to be a lot of theatrical magic.”

Fernandez began writing the play in 2019, with a first draft scheduled for a reading in April 2020. Then COVID happened, and Fernandez was stricken with severe writer’s block that didn’t lift until a phone call from a former professor of hers at Northwestern University got her started again. She submitted the script to Urbanite’s Modern Works Festival in April 2021, where it was chosen as a finalist, and to San Diego Rep’s Latinx Play Festival, where an earlier draft was presented last fall.

Each time, the play has undergone revision.

“The process of development with this play really has been a process of honing and specifying,” Amon said. “We’ve got to see each of these women’s backstories, who they are, what are the things that motivate them. Aspects of it have changed tremendously but we have the same core characters, the same setup, the same goal of empowering themselves, discovering their self-power, standing on the shoulders of their ancestors and finding their power within.”

But revising the play is not an easy task, said Fernandez.

“The thing that makes it the hardest is no one knows the pain and the tears that go into that first draft,” she said. “With playwriting, you are constantly revisioning. It’s kinda nightmarish with me. I really have to ask myself, even if this monologue that I love really speaks to me, does it serve the story?”

The cast of “A Skeptic and a Bruja” includes Lorinda Hawkins Smith as Priscilla; Alisha Espinosa and Mercedes White as Jess and Sam, the “ghost hunters;” and Jen Diaz as their employee Remy.

All are women of color, in keeping with Fernandez’s desire to “to write for the women who I wanted to see on the stage, and to write roles I would get excited about, that I would want to see on stage.” They also represent all corners of the country, coming from the West Coast, Midwest, Florida and New York.

The play is being presented in collaboration with freeFall Theatre in St. Petersburg, where it will move following the Sarasota run. The production is underwritten by a grant from the Charles and Margery Barancik Foundation, and is the first world premiere to emerge from Urbanite’s Modern Works Festival.

This article originally appeared on Sarasota Herald-Tribune: Urbanite Theatre presents a world premiere with ‘A Skeptic and a Bruja’