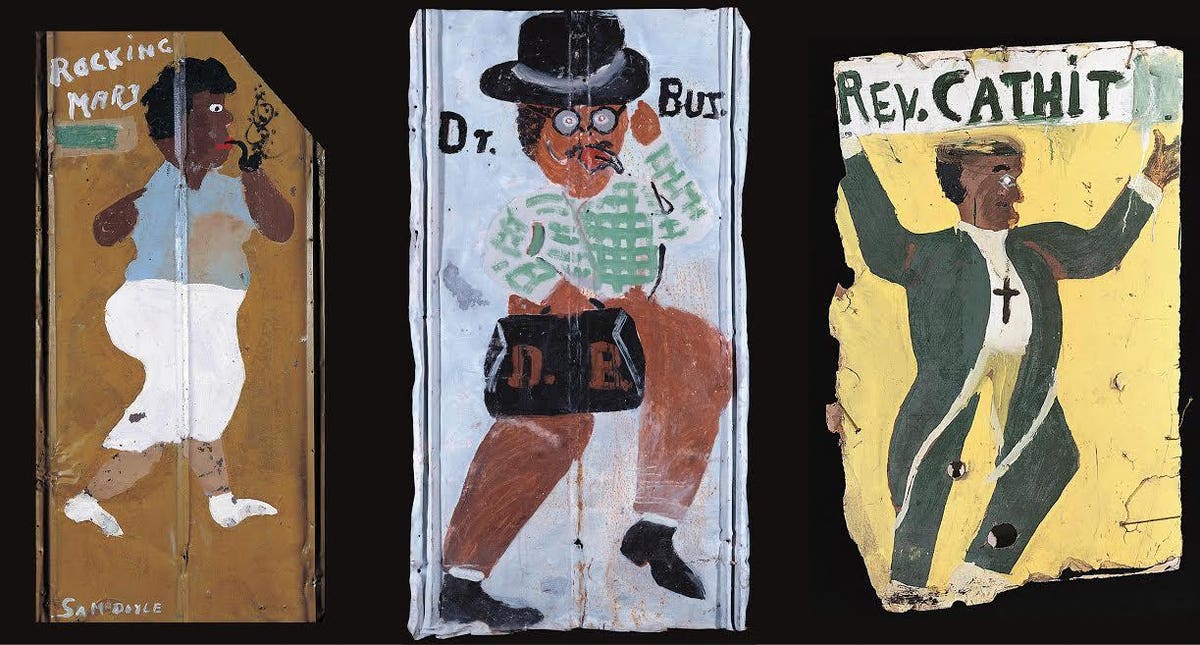 Rocking Mary, a pipe-smoking, eccentric woman, was among the many fascinating Gullah  inhabitants of the island of St. Helena off the coast of South Carolina. The Lowcountry residents developed their own language and culture to preserve more African linguistic and cultural heritage than any other African-American community in the United States.

Rocking Mary (circa 1983) captures the free-spirited character in a modest blue shirt and white skirt, her dance-like stance and wide-eye hinting back at earlier depictions by self-taught artist Sam Doyle where a topless Mary flaunts her liberation in more flamboyant poses.

The large-scale enamel house paint on corrugated roofing tin work, on view along with Doyle’s passionate portraits of St. Helena denizens Dr. Buz and Rev. Cathit, epitomizes the ethos of the Multitudes exhibition on view from January 17, 2022, through September 5, 2022, at the American Folk Art Museum in New York. The wide-reaching array of works examines four centuries of folk art and self-taught artists by exploring the idea of “multitudes” from two perspectives: the sense of multiplicity encapsulated by the production of the artists themselves, as well as the idea of “containing multitudes” as a metaphor for the museum’s full collection.

The museum today revealed details of its 60th-anniversary celebration, comprised of a gifts of art campaign, three major exhibitions including PHOTO | BRUT: Collection Bruno Decharme & Compagnie (on view through June 6) and American Weathervanes: The Art of the Winds (on view between June 23 and January 2, 2022), the digitization of self-Henry Darger’s Realms of the Unreal, and a series of dynamic free programs.

“From exhibitions to free programs to special events, online and onsite, we’re excited to share ways that enthusiasts across the globe can discover and explore the dynamic, candid, and often unexpected expressions of folk and self-taught artists,” said Jason T. Busch, the museum’s director and CEO. “At 60, we are honored to carry the profound vision of our forebears as we celebrate the Museum and imagine its future.”

The American Folk Art Museum strives to preserve and promote the history and legacy of folk art and self-taught artists such as Doyle, a descendant of slaves who attended the Penn School established for newly liberated slaves, where he was encouraged to study art and history. For decades, he created makeshift sculptures, drawings, and paintings while working to support his family, and was able to fully devote his time to art by the late 1960s.

“We are especially grateful to the founders, staff, trustees, members, artists, and supporters of the American Folk Art Museum. For 60 years, this community has brilliantly and tirelessly ensured that the Museum is a source of joy, inspiration, and learning for all,” said Elizabeth V. Warren, museum president.

The American Folk Art Museum’s anniversary program seeks to safely engage the public at its locations in Manhattan and Queens, as well as through virtual programs and digital displays.

“My love, support for a decade, and admiration of the museum comes partly from the spirit that everyone can find a seat at the table at the American Folk Art Museum. While not chasing fame, fortune, or acclaim, many of these self-taught, brilliant artists achieve their due credit, sometimes posthumously, thanks to the American Folk Art Museum,” said Charles Snider, an art appraiser and a longtime American Folk Art Museum supporter. “I look forward to more breakthrough exhibits from artists whose works speak to an experience outside of the mainstream, and celebrating the museum’s 60th anniversary is at the very top of an already ambitious 2021.”

Snider finds ongoing inspiration in unique exhibitions like PHOTO | BRUT, the first international exploration of self-taught photography artists, and American Weathervanes, a look at the historical significance of vanes created between the late seventeenth and early twentieth centuries.

Multitudes will include a selection of gifts donated last year by renowned art collector Audrey B. Heckler, who shared more than 500 works by self-taught artists, including a selection of Art Brut from Europe, as well as works by African-American artists such as Thornton Dial and Sister Gertrude Morgan. Additional works from Heckler’s collection will go on view in future exhibitions and will be available online. 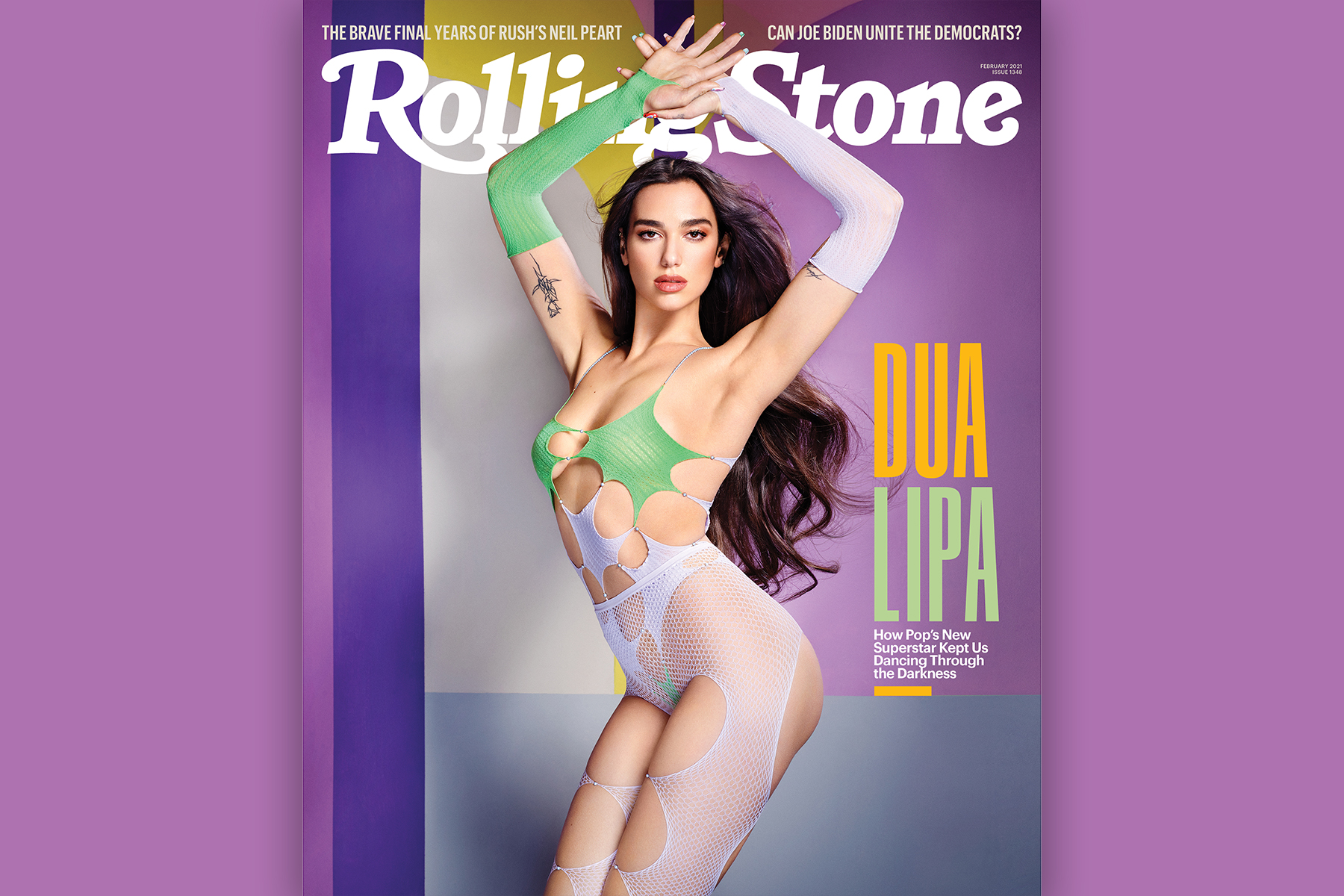 How Dua Lipa Kept Us Dancing Through the Darkness