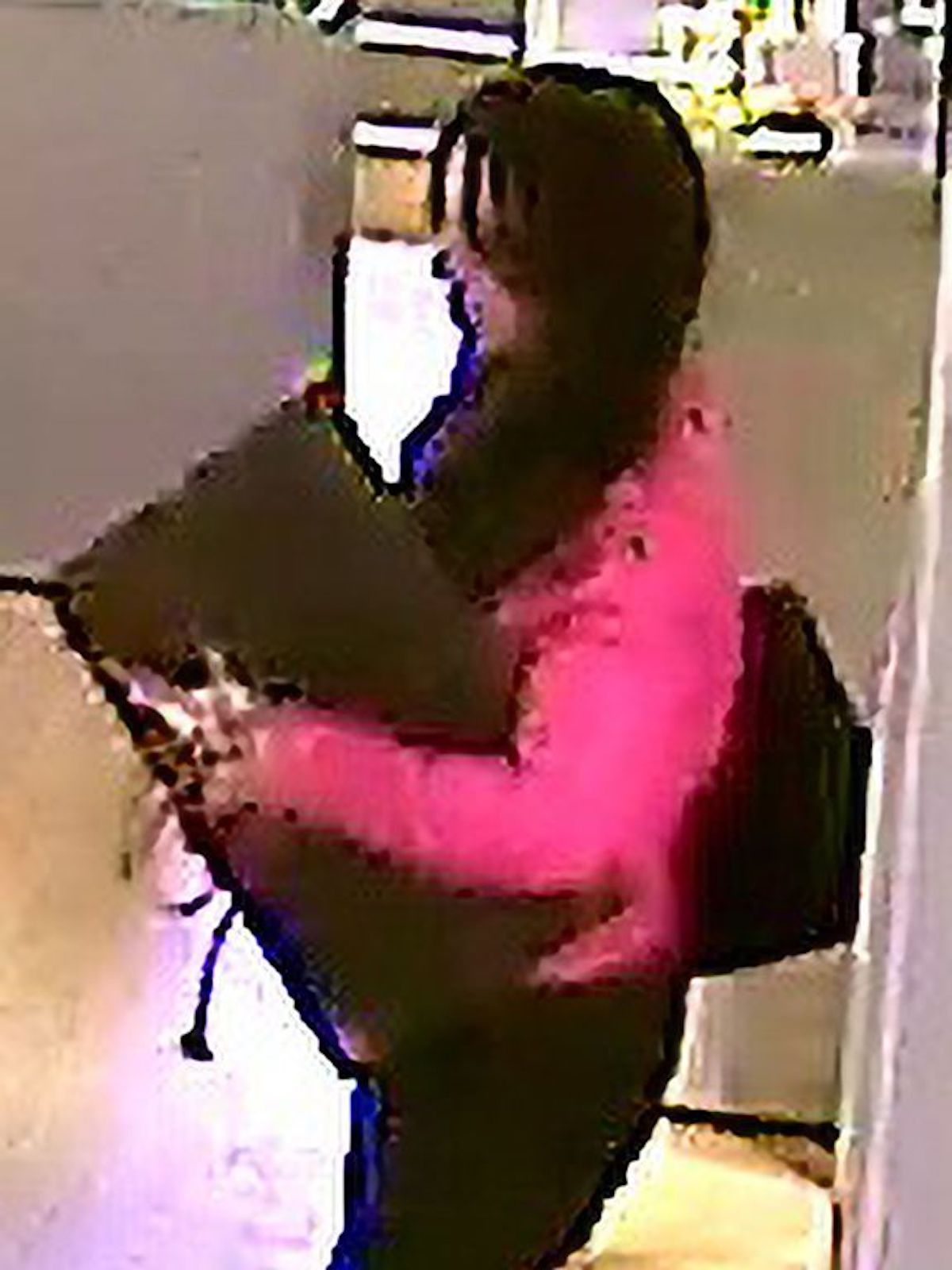 Cops in Germany have released CCTV images of a “striking” brunette who stole a valuable 1561 Pieter Aertsen oil painting from a museum.

The brazen heist was carried out by the still-unidentified woman at Bielefeld’s Museum Huelsmann during an exhibition April 27.

The woman was described in reports as “striking.”

As seen in a newly-released CCTV image, she was wearing a light red jacket, figure-hugging black trousers, high heels and what is thought to be a wig.

Witnesses whom the woman asked for directions told the police she spoke Standard German with a pronounced lisp.

She was last caught on CCTV at around 4:55 p.m. local time. The theft was noticed at around 5.

It was initially reported that the woman carried the painting away in a dark A3 folder, but investigators have now said this was not the case.

A police spokeswoman told local media: “Whether she carried it under her briefcase or in a large handbag is not yet entirely clear and is the subject of the investigation.”

Cops initially estimated the woman to be between 22 and 28 years old but have now stated: “She may have optically lowered her actual age through the use of make-up.”

It was made with oil on panel by the Northern Mannerist and Amsterdam native Pieter Aertsen (1508-1575).

Aertsen, dubbed Lange Piet (Tall Pete), worked for a long period in Antwerp, which was the center of artistic life in the Netherlands at the time.

He is credited with the invention of the monumental genre scene, which combines still life and genre painting and often also includes a biblical scene in the background.

Comparable works by the painter are said to have a low six-figure value in euros.

Bielefeld Police have also released an identikit of the suspect and have called on members of the public to come forward with any relevant information.

This story was provided to Newsweek by Zenger News.